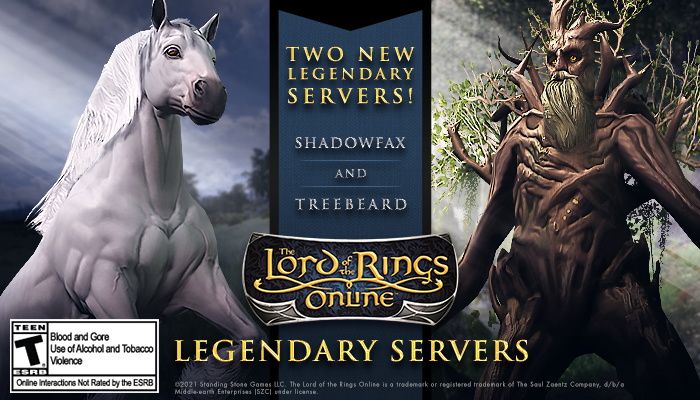 Lord of the Rings Online features an immersive recreation of J.R.R. Tolkien's Middle-earth, and now VIP players are invited to begin anew and make a fresh start on the new Legendary Servers: Shadowfax and Treebeard.