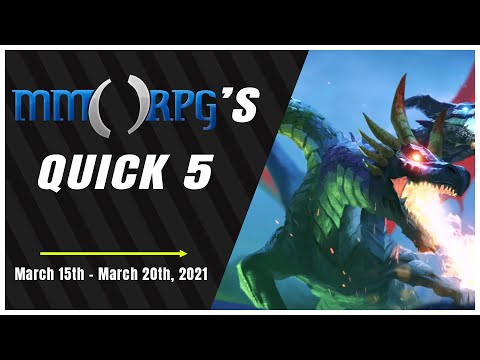 If you've got 5 minutes, we've got 5 stories from the week that was in MMO and RPG news. Here is this week's Quick 5.