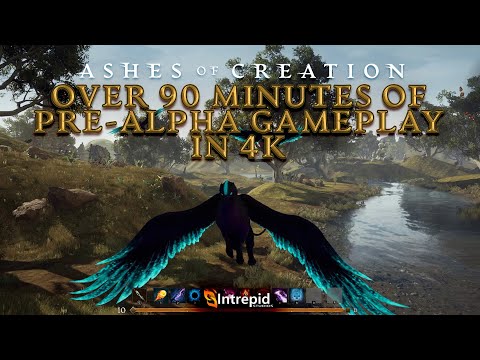 
They have finally moved out of their old studio.  They are scheduled to be in their new studio at the end of August or Early September.  Their move efforst are being affected by COVID restrictions in California so they are utilizing a Work-from-home solution for the time being.

They have onboarded a number of new staff members despite being in lockdown by leveraging Virtual Onboarding.  They have stated that this is slowing down the onboarding process a little bit.

The Creative Director letter has released (https://ashesofcreation.com/news/2020-07-02-creative-directors-letter).  Not a lot of meat in this letter, but the next ramp up of testing will begin in August with the Leader's of Men packages from Kickstarter joining the PI in the Alpha ramp up testing.

I will be interviewing Steven from Intrepid on 8 July at 1300 Pacific in case you have any questions you'd like answered, just leave them here and I will see if I can get those questions included in my list.