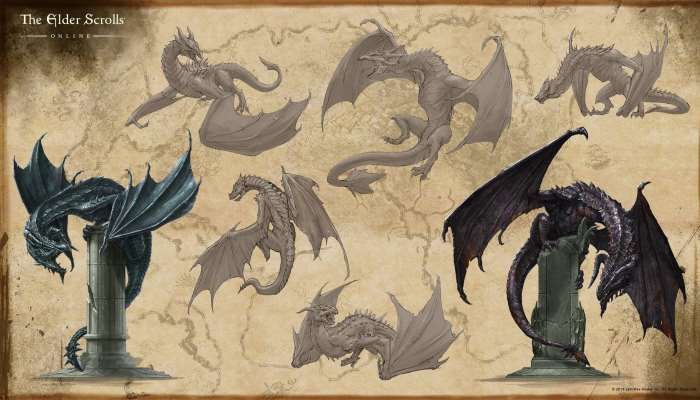 Dragons in Elder Scrolls Online's upcoming Elsweyr expansion are a fiery lot and the latest site blog takes a look at their design. Up to their release in Elsweyr, dragons in Tamriel were the stuff of legends and considered extremely rare in the Second Era. The blog details the creation of these new creatures that "represent an unusual challenge, not least because they already played such a massive part in the Elder Scrolls series".