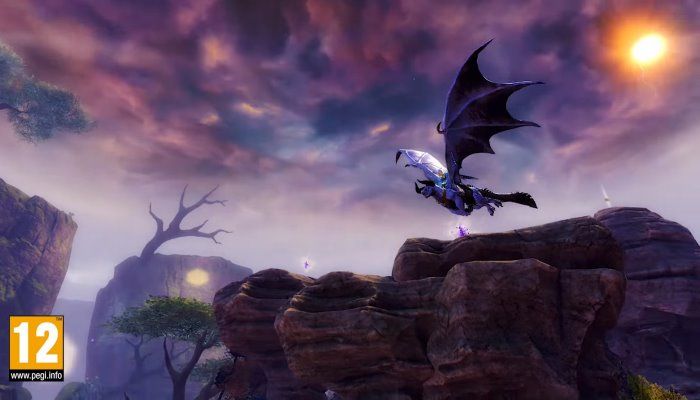 Yesterday we shared a Guild Wars 2 teaser video from ArenaNet that had players talking about the dragon seen cruising through the air. Today we now know that the Skyscale is a new mount coming to the game. According to Eurogamer's exclusive reveal, unlike the currently existing griffon mount, "the dragon is more like a helicopter as it can take off from the ground and go up. It can gain altitude where the griffon can't".