This Week In Star Citizen

rpmcmurphy Member EpicPosts: 3,497
December 2018 edited December 2018 in Star Citizen
And in recent news Star Citizen developer CIG won the coveted award for Worst Business Model of 2018, an almost unanimous decision from the staff of massivelyop.com, 6 out of 7 staff voted for Star Citizen, with the readers affirming their decision.
https://massivelyop.com/2018/12/14/massively-ops-2018-awards-worst-business-model/ 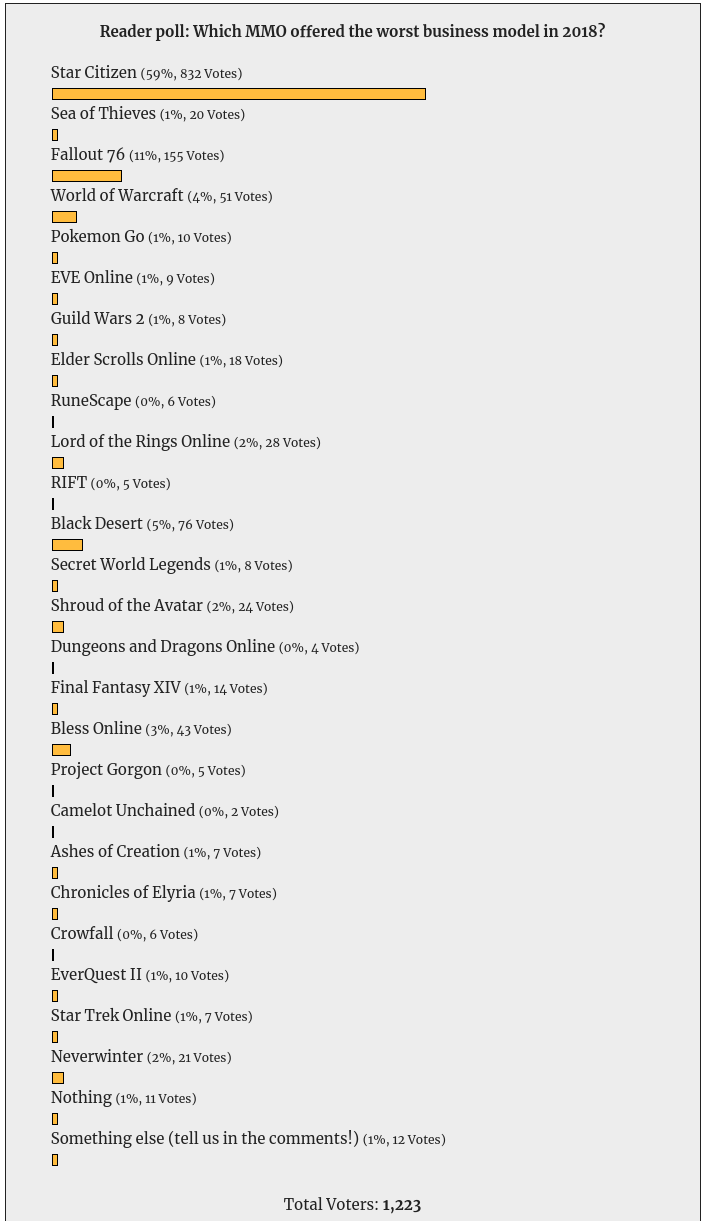 In a rather unsurprising turn of events for the controversial developer, news of shares being sold to three companies, Erloch Ltd, Indus Management Ltd and Infatrade Group Corporation emerged thanks to a filing made at companyhouse.co.uk. The shares amount to a 11.88% stake in the company and raised $22 million in capital but also netted the sellers (Chris Roberts, Erin Roberts, Ortwin Freyermurth) a tidy fee of $2.9M, $0.26M and $0.52M respectively.
More details can be found at https://forums.frontier.co.uk/showthread.php/463697-The-Star-Citizen-Thread-V10?p=7260163&viewfull=1#post7260163
A very interesting disection of this matter can be found on Guard Frequency's podcast and is well worth one's time
Stay glued to This Week In Star Citizen, in our next update we should have an announcement for the winner of MassivelyOP.'s controversial Most Likely To Flop Award