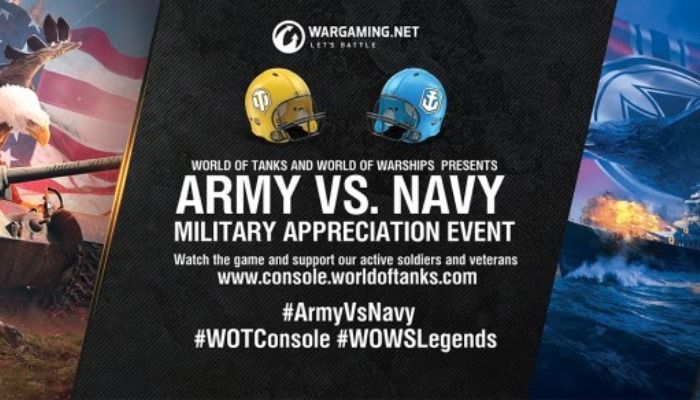 In celebration of this year's Army-Navy football game on December 8th, Wargaming is inviting active duty members and veterans to join them for viewing parties around the world. In Philadelphia, veterans can join the team at the South Philly Bar and Grill. All that is required is to sign up and request an invitation. Active duty members at US military installations around the world will also see Wargaming-hosted events on game day.