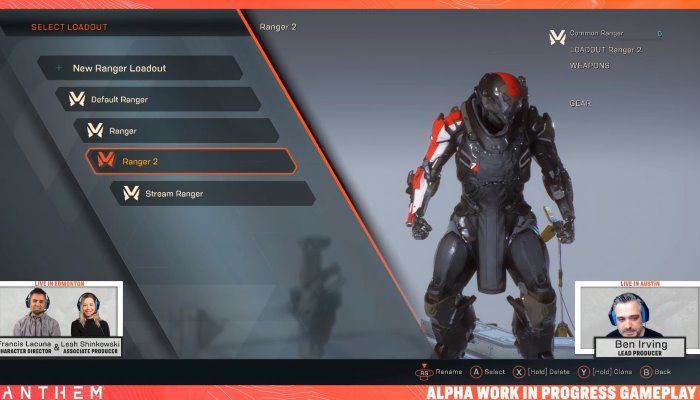 The Anthem team took part in a 45 minute live stream on November 15th to show off the deep customization options for player exosuits called Javelins. The stream provides a look at how the gear and weapons available to Javelins can be tailored to suit any play style and look at The Forge. There's even a special N7 easter egg.