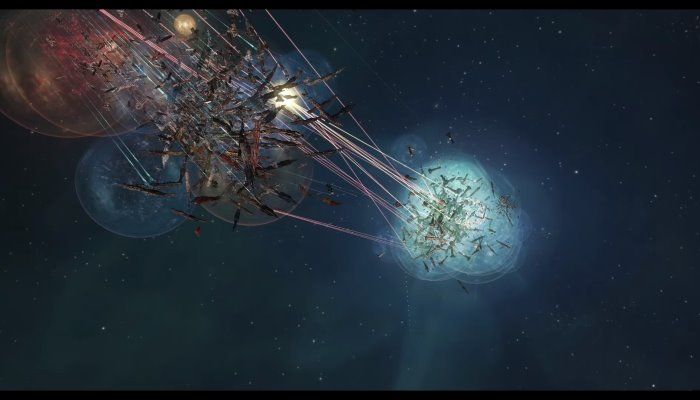 Another epic space battle has taken place in EVE Online, this time triggered when "Legacy Coalition" member "Warped Intentions" tried to anchor a Keepstar citadel not far from the North-Eastern Bloc. 3,500+ pilots took part in the fight with nearly $400k worth of ships deployed to the battle and "assets worth up to 3Tr ISK were destroyed.