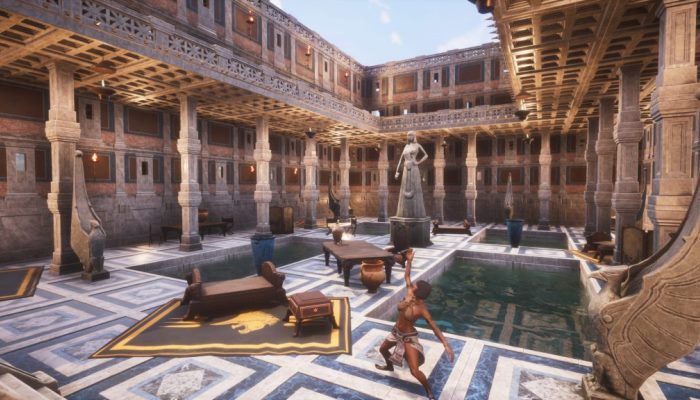 Next DLC Heading to Aquilonia + Exiles is the Fastest Selling Funcom Game Ever - Conan Exiles - MMORPG.com

Conan Exiles News - The Conan Exiles site has been updated with the news that a second DLC pack will be out in August. This time, the DLC will be thematically based on the western kingdom of Aquilonia, "where Conan himself is destined to one day lead a rebellion and become king". Called "Jewel of the West", the pack will contain new housing items and building materials, warpaints and 15 armor pieces.