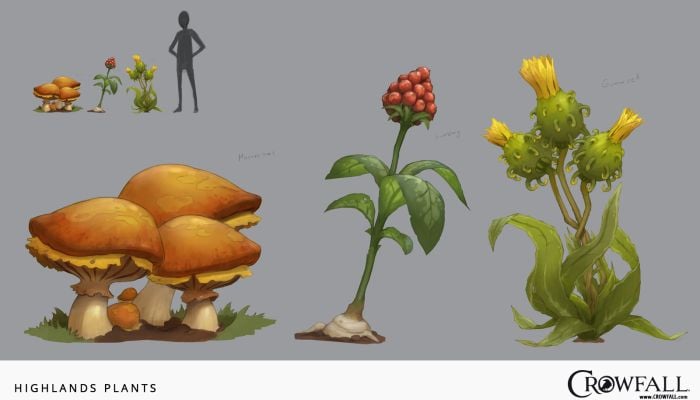 Crowfall News - If you're in a hurry and don't always have the time to conduct proper harvesting, Crowfall has you covered. Wildcrafting is a way to gather plants that can literally be done on the run. "You see a spawned resource and you can run up and grab it with a single button press", the blog reads. This is considered a second-to-second loop as compare to, for instance, combat that is a minute-to-minute loop.