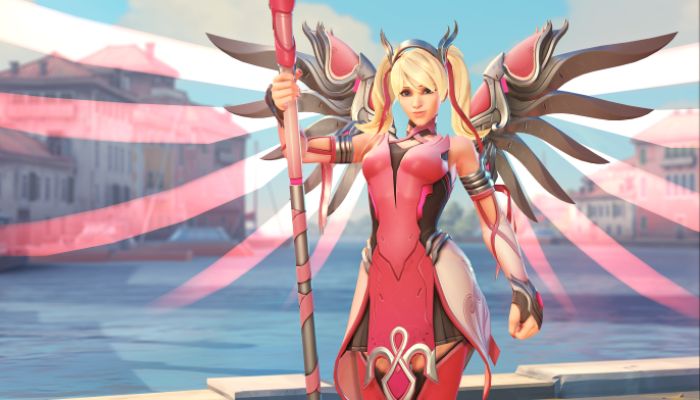 Overwatch News - The Overwatch Facebook page has been updated with the amazing news that sales of the Mercy charity skin has raised nearly $10M benefiting the Breast Cancer Research Center. All proceeds from the sale of each $15 skin will be sent to the BCRC and Blizzard is hoping to top the $10M mark.