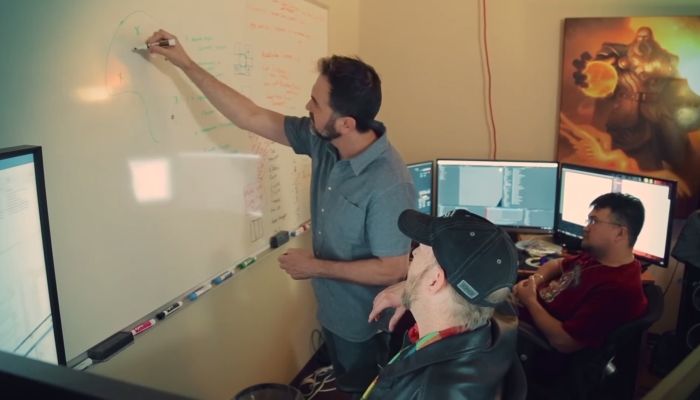 Art Craft has introduced a new video series called "Fly on the Wall" that literally lets viewers take part in a piece of a day's development of Crowfall. In this episode, the discussion viewers are made privy to is one surrounding World Building with several members of the Crowfall team.