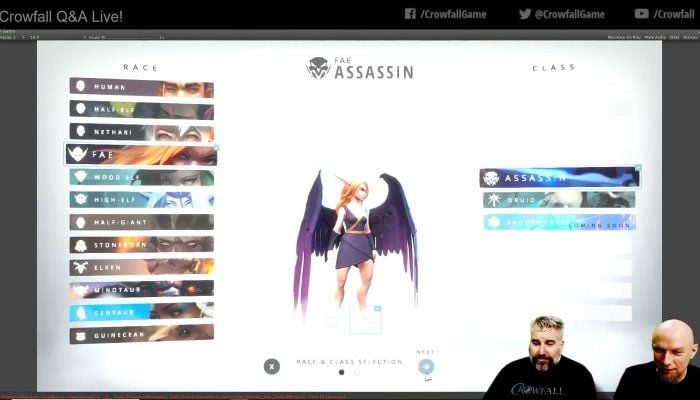 The latest Crowfall Q&A Live is now out and about for your viewing pleasure. In this episode Thomas Blair and Mark Halash show off the Fae in action in the game as well as gives viewers a peek at the Male High- and Wood-Elves. Oh...and the Guinecean double-jump is awesomely cool.