To Prime or not to Prime?

First, though, let's get the elephant in the room out of the way. Yeah, you know what I am talking about, that ugly as sin title screen we have to suffer through every time we load the game. What on Earth were they thinking? Even as hyped up as I was to start playing again, my heart sank when I saw that monstrosity: 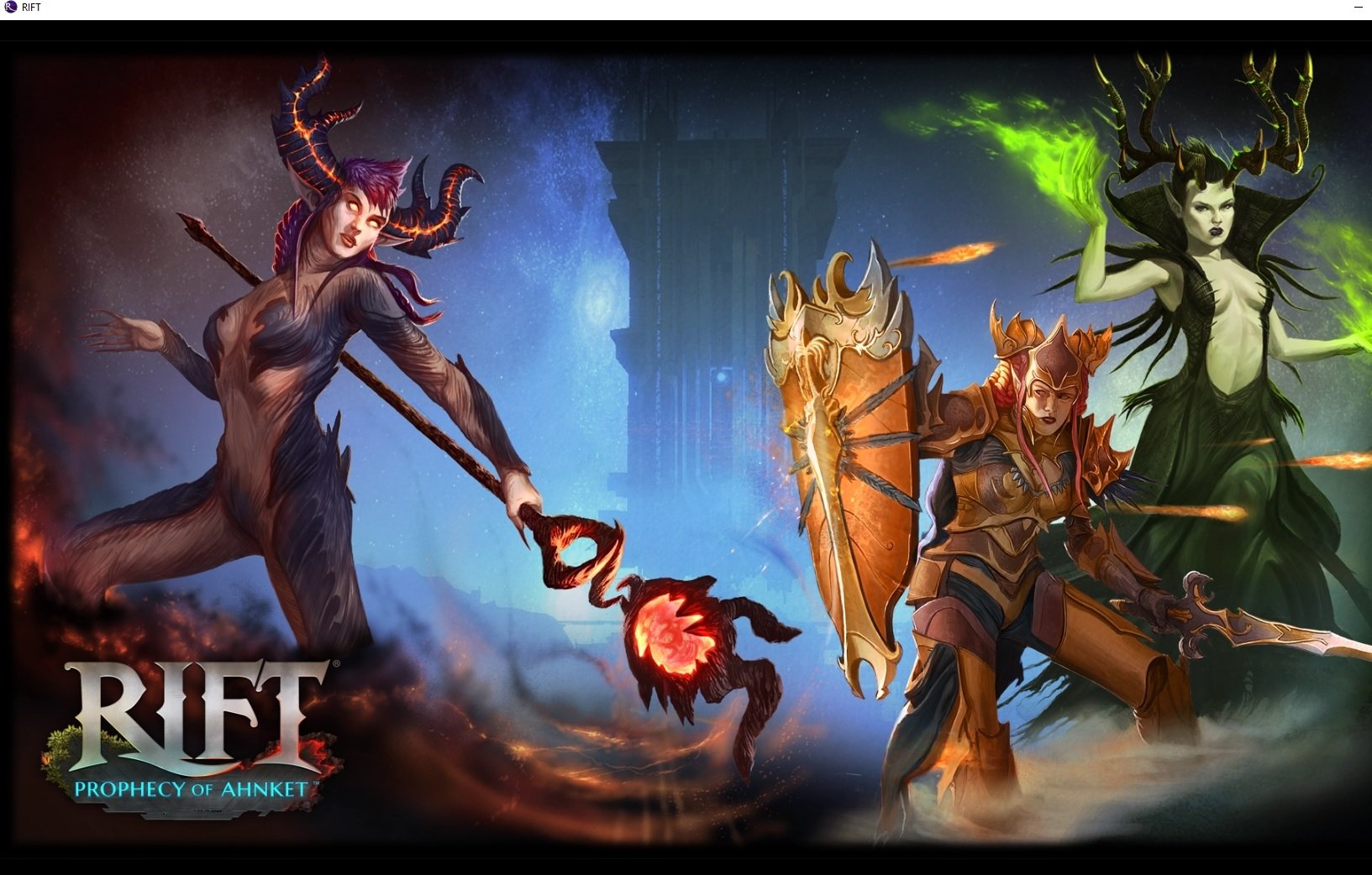 That is perhaps the worst game art I have ever seen and totally unrepresentative of the wonderful dark aesthetic that permeates the game.  The music in the character creation screen is similarly vomit inducing, but thankfully I have only had to endure that once (I don't think I could take it again).

I just can't understand it: the game itself has wonderful cohesive art direction, but these two elements are amateur hour in the extreme. How hard would it be to put some decent music on the character creator that matches the mood of the game and a nice screen shot of a rift or something instead of that, that ... thing...

Anyway, to Prime or not to Prime?

Well, let me blow your minds lovers of subscription mmos!
After the initial rush of excitement and nostalgia, I started to notice something: my hour to hour playing experience on Prime was really no different than it was on Live! It was still the same old great game, with the same old good and bad points.

The main differences for me was that there were more people playing at low levels and I couldn't buy the advanced souls with cash: I had to grind planarite for them. The first point is awesome, its great to play in such a well populated world; but the second point actually has made the Prime experience worse for me than Live because it changed my focus from having fun to grinding.

Once I noticed that the gameplay really felt no different whatsoever to the f2p version, I started asking other people in game what they thought. Interestingly, no one could give a compelling reason why Prime was any better than live. There was a lot of prejudice against f2p, but no concrete reasoning behind it. Many people just seemed to believe that f2p was bad without having thought about what was really different.

For me Prime was always about reliving that Rift launch experience and giving me an excuse to wander back into Rift's world. I have had a wonderful time, but can't see myself subbing for more than a month. The live server is as good if not better, imo.

What are your thoughts? Do you have any rationale about why Prime trumps live? Will you switch over to live when Prime ends? Is it just blind prejudice that keeps people away from Rift's f2p, when they would otherwise consider it a great game?
....
Riftwhy.jpg 436.2K