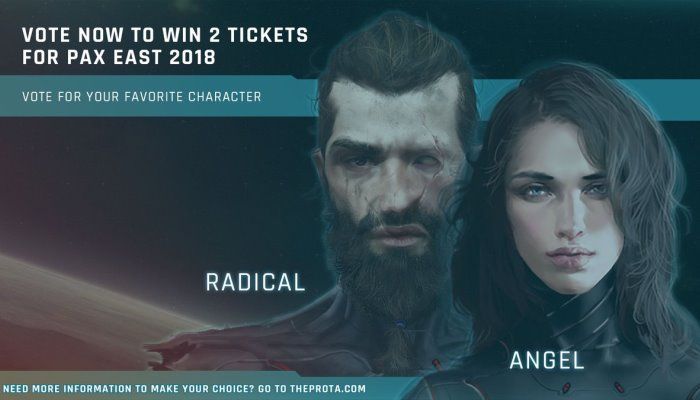 The Protagonist is an upcoming sci-fi turn-based combat RPG that is set in "an alternate world not too different from our own". It combines a martial arts combat system with turn-based gameplay to provide a unique experience. In a fun and easy contest, the team behind The Protagonist is asking fans to vote who they would prefer their squadmate to be: the Radical or the Angel? Participants can vote via Twitter or Facebook and score a chance to win tickets to PAX East 2018.