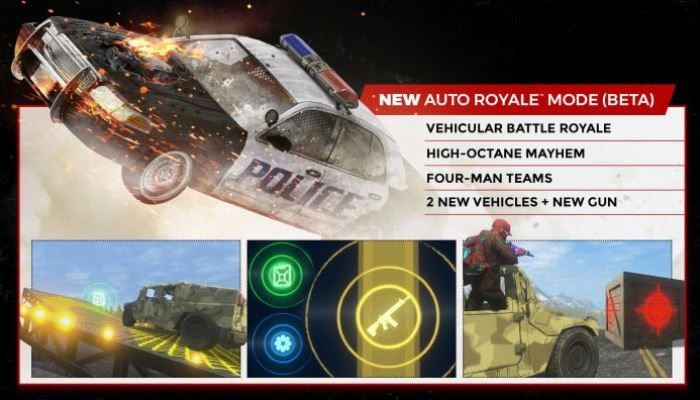 Daybreak Games is introducing a new gameplay mode to H1Z1 called Auto Royale, its unique twist on the battle royale genre. The goal is, of course, to be the last car driving. During Auto Royale, up to 30 teams of four players each are challenged to "out-drive, out-shoot and out-last the competition". To do so, players will cruise the map looking for weapons, consumables and power ups...and send the competition to the junkyard.