Sid_Vicious Member UncommonPosts: 2,155
April 2017 in Darkfall: Rise of Agon
Many things have changed since the original game... and in my opinion more difficult UI and having to customize it to my needs made the game funner than Unholy Wars. This is the game that makes my gaming keyboard shine the most and before that it was fun messing around with autohotkey on a regular keyboard although a pain in the ass at times, I must admit that once I had everything configured to MY personal preferences, playing the game felt a lot better.

Now that there is a new UI, looks like a regular keyboard without any special third party programs will be fun thanks to the new UI patch. 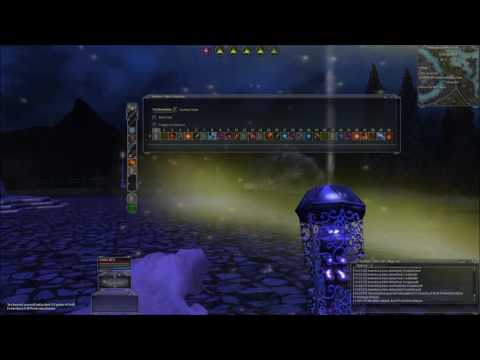 For those of you starting at launch who missed out on beta testing I will share my findings and testing results so you are not so discouraged from picking up this game again.

I am currently setting up my controls on my twitch now and will be doing my girlfriends controls on her desktop and laptop.

All Darkfall spells and strategies kept in mind, this thread should become a good goto source for those of you coming back into the game or those of you who are new and would like assistance in having the fastest controls possible for the funnest gameplay and much better chance to be able to handle yourself in the harsh world of Agon.

Of course realistically this configuration will not be needed after launch until a few months in at the very least because it will take some time to unlock all of your favorite spells, etc. and we will have the fun of being able to focus on one thing and be ahead of others in that one thing for a bit. Fun thing about a game like this is that it is constantly evolving and there is always a 'new flavor of the season' that is most popular to use in the game. The first few sieges should be pretty funny! I wonder what other kind of changes the DEV team has in store for us? They have quite a bit of time before we reach the carrot that will be dangling.

The main goal that I have for beta testing is to make sure that I have my controls and plans ready with the new UI for the best possible configuration out there. I want to be sure to find the fasted and easier controls possible to have. The ready and warmed up player is much more likely to stay on the winning side.

This is a huge favor I am doing for new players because the old forums have been taken down where the most useful info was found. Also should make it easier for returning vets incase they didn't bother messing with the new UI yet. I think this is also a good thread for interested people to come across because I remember so many rumors discouraging the game about peoples setup that were exaggerated and not true (like unstoppable bunnyhop macro, or one button to push to cycle all rays automatically for instant kill). It was a joke for the most part but scared away new people.

You should be able to start the game with default settings and be fine for awhile before you start wondering how you should customize your controls further. Please share any advice or problems that you run into with the rest of the community here.

To ask me any questions about the game or if you need help with the UI best way to reach me is to message me on my twitch channel. I made the channel for getting new people into the game and to show the changes made to the old game for returning people.

Excited for launch!! Good luck and see you in Agon.

NEWS FLASH! "A bank was robbed the other day and a man opened fire on the customers being held hostage. One customer zig-zag sprinted until he found cover. When questioned later he explained that he was a hardcore gamer and knew just what to do!" Download my music for free! I release several albums per month as part of project "Thee Untitled" . .. some video game music remixes and cover songs done with instruments in there as well! http://theeuntitled.bandcamp.com/ Check out my roleplaying blog, collection of fictional short stories, and fantasy series... updated on a blog for now until I am finished! https://childrenfromtheheavensbelow.blogspot.com/ Watch me game on occasion or make music... https://www.twitch.tv/spoontheeuntitled and subscribe! https://www.youtube.com/channel/UCUvqULn678VrF3OasgnbsyA