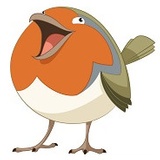 Redfeather75 Member UncommonPosts: 230
November 2016 edited November 2016 in Guild Wars 2
I've had a lot of people ask me when the next sale was, as they didn't want to switch from f2p to HoT at it's full price (HoT is too expensive IMO)
So I figure I'd just post it in the forums I visit.

This is an official sale at the main site. Comes with one level 80 character boost. To skip straight to the HoT content if you wish.

Hope that is okay.