World of Warcraft: 11th Anniversary of the 'Corrupted Blood Incident'

blueturtle13 Member LegendaryPosts: 12,811
September 2016 in World of Warcraft
Today, gamers on Reddit and other social media platforms have begun discussing and remembering one of the most fascinating video game social experiments ever – and it wasn’t even remotely intentional on Blizzard’s part.

“I remember seeing the corpses lining the streets of [Orgrimmar, capital city of the Horde in World of Warcraft]. I can still hear their screams.”

Despite the polygonal horror of the Corrupted Blood Incident, many veteran World of Warcraft players are citing it as one of their favorite memories of the early builds of the game. The Corrupted Blood Incident began when Blizzard introduced a raid boss who infected players with a highly contagious debuff spell called “Corrupted Blood”, which soon spread across the world because of a bug that allowed pets and minions to bring the disease outside of the enclosed raid experience. A virtual pandemic quickly ensued, as the debuff was strong enough to quickly kill low-level players in capital cities while higher-level characters were forced to constantly heal themselves to avoid dying.

The Corrupted Blood Incident lasted a full week before a patch finally quelled the pandemonium, which had seen players begin to retreat into the far reaches of Azeroth to avoid major cities and getting infected with Corrupted Blood. 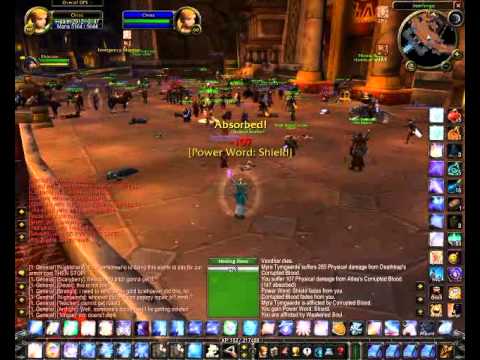