the German gaming magazine GameStar (12/2015) has Star Citizen Squadron 42 as story on the cover. In a long article they report about their visit to the CIG studio "Foundry 42", where they found out quite a bit about Squadron 42. Here are some infos from that article (roughly translated into English for those who do not speak German):

Our character - we determine if male or female - is on board of a space station in the Vega system. Suddenly the reptile Vanduul launch a surprise attack on the Vega system and we have to try to escape from the station (in first person ego perspective). We fail and are grievously injured. After months we awake from coma. Our face has to be reconstructed  (--> launch Character Editor). While we recover in the infirmary, we watch the "Admiral Bishop speech" (" We are at war with the Vanduul !") on a screen. We later find out that Bishop has also privately an axe to grind with the aliens because of the Vega attack.

As it is war, we have to report to the Idris Fregate "Stanton" in Odin system. Our arrival on the "Stanton" has been shown already in the "Morrow Tour" video during the Manchester Con. All of the first module of SQ42 (80-90 missions) happen in the Odin system. Some of the missions are only unlocked if we befriend certain people on the Stanton. The "Stanton" can hold four fight craft. We fly a Gladius, a Hornet and a Retaliator torpedo bomber. Later in the campaign we also visit a Bengal carrier (IF we are good enough to earn a promotion). If we get promoted, we also can ask for wingman support in certain missions. All of these first missions take place in space, in ships or on stations. No planetary landing zones in that first SQ42 campaign part. Our trainer/"gruffy mentor" on board of the "Stanton" is the "Old Man", the character played by Mark Hamill.

Noteworthy places in the Odin system are the Coil asteroid belt and a gigantic mining station commanded by the character played by John Rhys-Davies. Odin is known as a system with a UEE weapons laboratory and test range, with a healthy dose of smugglers, pirates and rogue miners. 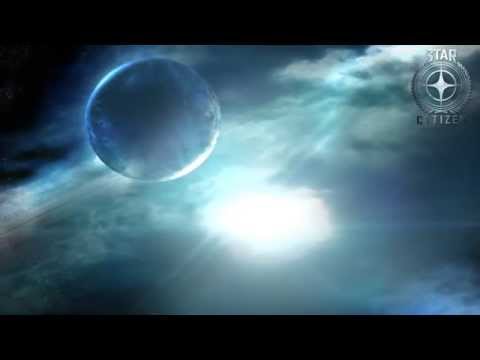 It seems that we do NOT plunge right into a Vanduul killing spree. That comes later, after we got some experience.

The journalists then describe about six different ways to solve an example mission - from direct assault, indirect assault, stealth insertion, war of attrition, hacking the defenses and/or communication or "lights out" EMPing the hell out of the enemy.

30 % of the missions will be FPS missions.

There is a lot more in the article, but it is of a more general nature.