Heroes of the Storm has exited maintenance that comes packed with the new Eternal Conflict that brings legendary Diablo characters into the game including The Butcher, Treasure Goblins, Leoric and the new Battlefield of Eternity map.

The forces of light and darkness will stop at nothing to emerge victorious, so they’re sending their most capable champions into the Nexus. Johanna, the heavily armored Crusader, has established herself as one of the Nexus’s most stalwart Warriors, but today she faces a familiar foe—a bloodthirsty demon known as The Butcher. Despite his formidable bulk, the Butcher is a damage-dealing melee Assassin who gains strength by gathering “fresh meat” from the remains of his fallen enemies. The Butcher’s Brand ability debuffs enemies so that he gains life with each attack, and he can also bring Lambs to the Slaughter, chaining his hapless victims to a post for the four longest seconds of their puny lives.

Find out more on the Heroes of the Storm page. 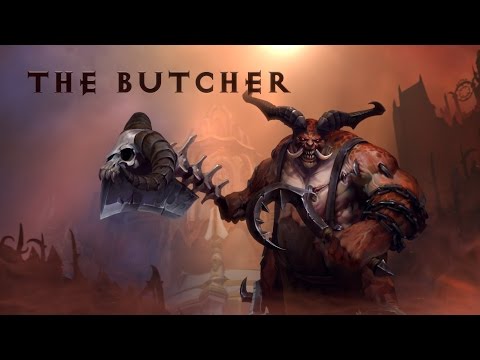