Aura Kingdom will be having its first beta soon. How soon? Watch the video to find out! As an upcoming anime-inspired MMORPG, developed by X-Legend, Aura Kingdom is AeriaGames’ next expected hit and already has quite a following. With its Facebook already achieving over 40,000 likes and growing, and an already grown forum following, there seems to not only be a lot of excitement for the game, but also a lot of hope.

As of right now, the game is expected to launch with just 8 classes, with at least 2 more being released during its lifetime. The next couple months are sure to be an exciting time for AeriaGames and all of the followers of Aura Kingdom. 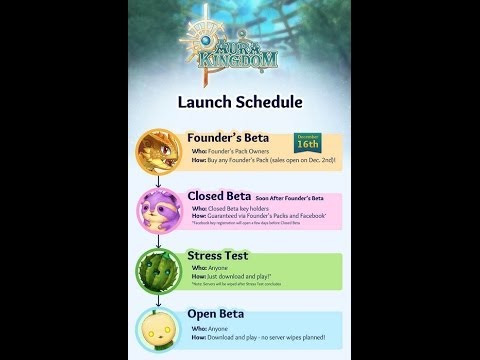