Everquest Next and the Playstation 4 connection.

Everquest Next: What we know and what we think we know.

*Line-breaks every 3 bulletpoints to prevent unreadable wall of text syndrome.*

-EQN has been in development sence 2008. Several unreleased pieces of concept art of Brell for instance can be seen in the later portion of smed produced documentary "Evercracked". 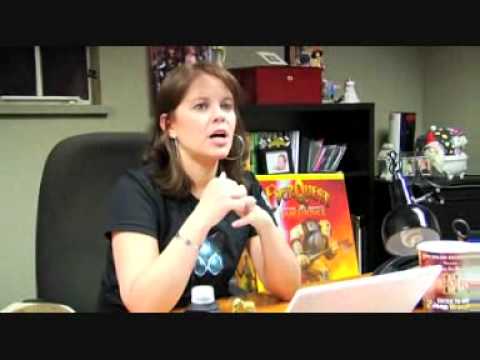 -The reel in question showed several special moves including a jumping attack and AOE 'whirlwind' melee attack by both Paladin and Orc.

-It is poised to be a "reboot" or "remimagining" of Everquest 1.

-EQN will have less races and classes than EQ2, more in line with EQ1.

-EQN will allow players to emote specific facial expressions, utilizing a webcam or xbox kinect-like device for the Playstation, as well as via / commands.

-EQN will have no zones or zoning.

-EQN will have a greater emphesis on implementation of PVP than EQ1 or EQ2. Smed stated he was in favor of retaining corpse runs, however see next bullet point.

-Much of EQN's mechanics and gameplay have been said to be derrived from Dev's following EQ and EQII forums as well as the frequent polling of the progession servers. Corpse runs were slimly voted against on Fippy Darkpaw.

-EQN will retain the emphesis on server identity, even though cross server grouping has been spoken of by Smed. Smed hates instances, however this will more than likely be present in some degree at least. However, a strong anti-instance sentiment regarding Planetside 2 (Who is being co-developed on the same engine as EQN) was expressed *see link listed below*

-EQN will be cross platform, operating on by the PC and PS3 or possibly PS4. Rumor being PS users and PC users can interact on the same servers as opposed to seperate servers.

-EQN the PS4 has a rumored release date of Xmas 2012, supposedly launching before the Xbox 720's holiday release, as leaked by manufactuers in Thailand regarding beginning of manufacturing of PS4s Nov/Dec 2011 and shipping 20 million PS4 units to NA next year. And industry analysts assume it will be revealed during the 2012 January Expo or June Expo, with the 2012 Fan Faire being in Oct.

-The PS4 will have an internal kinect-like device, allowing for the facial emote technology to be possible. Making EQN a launch title for the PS4, showcasing this technology, likely.

-EQN will utilize the specificly built ForeLight engine, as well as Planetside 2.

Also, although it is old here is something I found on Gamespot " that company president John Smedley answered in the affirmative as to whether all of the game maker's future MMOGs would appear on consoles"

Ok, so if we take this information as true, we should expect that since that company is making Planetside 2, it will indeed be available for its console.

Here is a great video from the announcement:

At about 29:20 the panel asks for questions, the first one is "Will this be availalbe on PC and PS3? It was quickly answered with a "Next question". Why would you not annouce if your software was going to be available on the hardware the company makes?

Then they go a little further, saying they were the first with DCUO, and then with Free Realms, and then stop. Followed with: "We have other things were working on and not ready to announce" and after that "And maybe not just on PS3".

This was that company president John Smedly saying these things. So now Planetside will be available on PC and other consoles? I don't think so, Sony is going to keep their IP's to themselves. So what does "not just on PS3" mean?

-Sony Reps have stated there will be an overlap between the release of the PS4 and the continuation of support and titles for the PS3. Any quotes metioning that the PS3 has many more years ahead of it, etc, do not pertain to the PS4 release time-frame.

-EQN is rumored to lauch as Freemium, offering F2P, Silver, Gold etc memberships. however Smed has expressed he will watch SWTOR's progess as a subscription model.

I'll keep investigating and posting information as I find it. I will try to compile the supporting quotes from text interviews and transcibe verbal quotes from Q&A Panels and podcast interviews in the coming days/weeks.