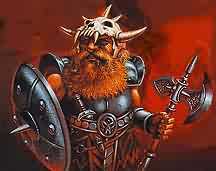 I decided to put the MMO arguement in the past.

I have some question for those who are following this game very closely and believe this game will be huge.

1- How does the so called 60 v 60 works? Is there some sort of global meter that dictates the winner or loser based on the performance of each team?

2- Are there any plans to provide OPEN RvR in a near future?

I think that the game is heading in the right direction by adding crafting elements, costumized gear, acution houses. Etc.

I do hope that in a near future a huge world is created where a free for all PvP is allowed. A placed where the quantity of players is dictated by hardware