Do you think there will be cheating in WoW? 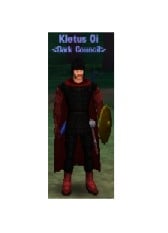 Duvall_Lobo Member Posts: 10
July 2003 in World of Warcraft
Blizzard is known for turning a blind eye to cheating on there games.  I just hope they dont do it to WoW.  Does anyone know if they are going to use Battle.Net and/or allow players to cheat?