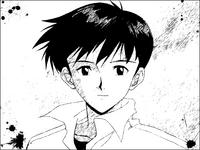 achellis Member Posts: 542
October 2006 in Vanguard: Saga of Heroes
does anyone know when it is going to come out?