So here are the rough details on the new system.

As it is planned right now, Bounty Hunters can activate a pathfinding ability which allows them to track down corrupted players via the map. Once a Bounty Hunter does this, he will be flagged as a legal combatant for Corrupted Players for one hour, which means corrupted can kill bounty hunters without incurring more corruption.  Also, the reduced combat proficiency (combat penalties) a corrupted has vs normal combatants does not apply vs Bounty Hunters.

Essentially these mechanics turn this into a quasi faction war between those two groups.

NOTE:  It is possible during testing that they are going to change it so that Bounty Hunters are always permanently flagged as combatants vs corrupted players.  Make sure during testing to give meaningful feedback no matter what your position on this situation is.

While the Bounty Hunter becomes a legal combatant for the Corrupted, they do not get flagged for combat vs anyone else.  This means that normal Combatants are still flagging up to attack the Bounty Hunter.  Unless the BH flags up for normal PvP he will be treated as a non-combatant and the standard corruption rules would apply.

Recently Steven has talked about expanding this quest so that more people will be able to engage in this.  This may open up the possibility of the Bounty Hunter quest being available to anyone who is allied with a Military Node or who is the citizen of a vassal node under a Military parent node.

You will be able to locate and hunt down Corrupted Players.

There may be more to this system down the road, (including special augments you get only by being a Bounty Hunter) but this is what we are aware of at this time.

If you want the video link to this it is here: 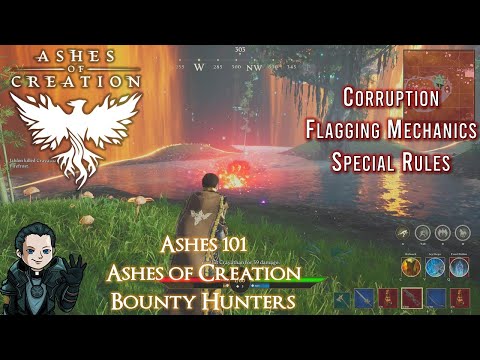