Izkimar Member UncommonPosts: 564
March 25 in General Gaming
Hey guys, just wanted to share with you the PvP game I've been working on for the past year!I can't really go into too much detail about the game currently. However, I can say that we are building a match based PvP RPG, and that it is heavily inspired by MMORPGs. This was born out of both the love for MMOs and the pain of not really having a game to call home for a long while now.

We are currently a two man team, and have been pouring everything we have into this project. At a very high level our goal with the game is to capture the feeling of MMO launch day within the scope of a single match:
If you would like to see some early gameplay, I just posted a video about the game: 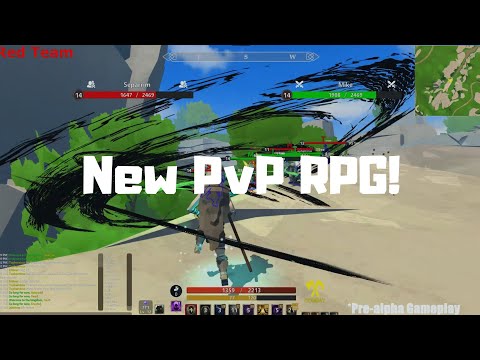 We are just now starting to expand our playtester pool, and are accepting tester applications. There is a link to the application form in the video's description!