Top Secret or nothing at all ?

Seriously, I would like to know if the true scope of Pantheon game play is kept hidden from the public for shock and awe or if Visionary Realms has nothing to show for it after six years ?

I could respect developers keeping their project spoiler free, but six years of NOTHING AT ALL ?

Understand backers are spending good money on blind faith and a company wishing for future revenue…… You would think the public would have the slightest clue of an overall synapses of daily life within the game…. 6 years and were in the dark of what this game is about !

Spiritual successor to Everquest 1 yet nothing like Everquest 1.... I guess this is all we need to know.

It's 3 am, I think I'll wake up the wife and tell her "I'm the spiritual successor of something good" and let her figure out what that means...... Do you think she will be mad ?

Here is Nathan with another fan video on "solo play"…… Understand Nathan lives and breaths Pantheon.  If anyone would know anything it would be him !

13 minuets of general speculation and how to solo play generically in an mmorpg.  It's sad how the public knows NOTHING ABOUT THIS GAME ! 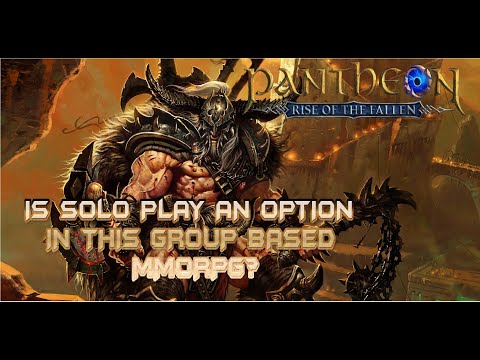