Asm0deus Member EpicPosts: 4,027
November 2019 edited November 2019 in General Gaming
What do you all think about this and how it will affect video game related content on youtube?  It's kind of scary considering the factors the FTC will be using to determine what is kid targeted is quite vague AND they, the FTC, can decide you are targeting kids, even if you are not, considering.... "Whether the video includes characters, celebrities, or toys that appeal to children, including animated characters or cartoon figures."
Dunno but gameplay video and the like could very well be an issue here.
As a creator, will I really face a fine of over $42K if I don't comply?

Potentially, yes. Under COPPA, the FTC is entitled to seek around $42,000 for each mislabeled video. If your entire channel is comprised of content aimed at kids that's going to a huge monetary penalty.

On September 4 of this year, a settlement was reached in a lawsuit brought against YouTube by the state of New York and the Federal Trade Commission (FTC), which required the goliath video sharing platform to pony up $170 million for violating the Children’s Online Privacy Protection Act of 1998 (COPPA). The settlement not only resulted in the fine, but a slew of new rules that YouTube, and therefore YouTube kids content creators, must comply with. Now, in a brief video, YouTube has outlined the new rules, and they are infuriating YouTubers, especially those who produce videos aimed at children.
https://nerdist.com/article/youtube-ftc-kids-content-creators-demonetize/

Regardless of your location, we require you to tell us whether or not your videos are made for kids. We are making these changes according to an agreement with  the US Federal Trade Commission (FTC) and to help you comply with the Children’s Online Privacy Protection Act (COPPA) and/or other applicable laws. Failure to set your content appropriately may result in consequences on YouTube or have legal consequences under COPPA and other laws.

We provide some guidance on what is considered  “made for kids” below, but we cannot provide legal advice. If you are unsure whether your videos meet this standard, we suggest you seek legal counsel.

According to the FTC’s guidance on COPPA, a video is child directed (which we call “made for kids”) if:

When deciding whether or not your channel or video is made for kids, you should consider various factors, including:

Note: YouTube Analytics (YTA) is not designed to help determine if your content is child directed. You should use the factors outlined by the FTC above to set your audience.

How old is a kid? The age of a "kid" in the United States is defined as anyone under the age of 13. However, the age of a kid may be higher in other countries, so consider the factors described above as appropriate given how kid is defined in applicable laws in your country, and consult legal counsel if you have additional questions.

What if my content is applicable to a wide audience, but not kids specifically?
Note: As a creator, you know your videos and your audience best, and it is your legal responsibility to comply with COPPA and/or other applicable laws and designate your content accurately. If you fail to  categorize your content correctly, there may be consequences on YouTube. Additionally, there may be legal consequences under the Children’s Online Privacy Protection Act (COPPA) or other applicable local laws.
https://support.google.com/youtube/answer/9528076?hl=en 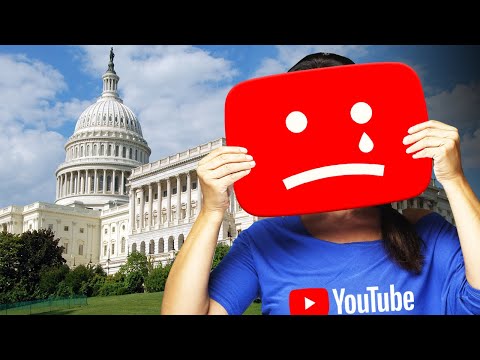 Brenics ~ Just to point out I do believe Chris Roberts is going down as the man who cheated backers and took down crowdfunding for gaming.