Yet another Nathan NAPALM video.  I like this guy and subscribed to his channel ever since I watched his story of being upsessive about getting Everquest working for the first time back in 1999.

Here he describes Brads idea of using "phasing" of mobs for groups instead of instancing.  I couldn't follow it completely unless I watched it again, but I got the basic idea.

I'm not too sure I like it.  Being able to only see your fights against what others see is a recipe for disaster.  Or one group can't touch what your group is fighting.... I have to say I'm a little confused in the complexities.

It sounds like an unneeded programming nightmare, confusing the player, and a huge chance for a buggy game overall.  Compound this with no individual servers and realms, but replicas of the same much like a mega server.

It seems it will be a "some times it works some times it don't" kind of thing.  Or one group member doesn't see it all unless he logs out and back in.….. I'm afraid this entire system will have huge problems.

I'm ok with instanced or non-instance, even if you have a strong opinion one way or another people will get over it.  But I'm not a fan of playing around with such dynamics.  You can tell in his voice Nathan is concerned too. 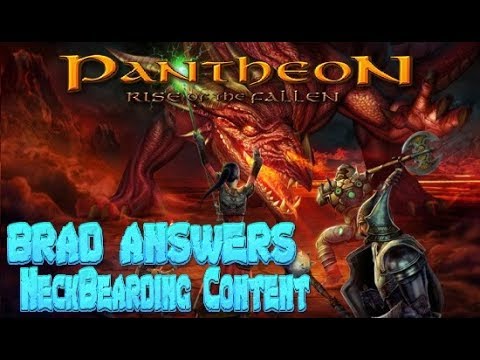