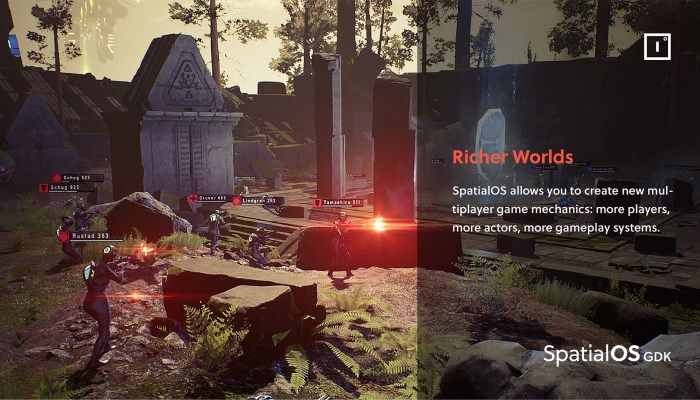 After yesterday's back-and-forth between Unity and Improbable regarding the future development of SpatialOS games, Epic has stepped into the fray to announce a partnership with Improbable to "help developers transition to more open engines, services and ecosystems". The announcement was made via a joint letter from Epic CEO Tim Sweeney and Improbable CEO Herman Narula.

Improbable has issued a "final statement" about SpatialOS & Unity:

Unity must urgently clarify their terms or unsuspend our licenses.

Currently the lack of clarity in the Terms of Service for Unity - and the ambiguity created by their subsequent statements - places us and developers in a difficult situation. We urgently need clarity in order to move forward. Everyone requires a long term, dependable answer from Unity on what is and is not allowed, in a documented legal form.

More broadly, developers are asking about other services, not just Improbable’s. This urgently needs resolution.

We do not require any direct technical cooperation with an engine provider to offer our services - Crytek, Epic and all other providers clearly allow interoperability without commercial arrangement with cloud platforms. We have no formal technical arrangements there and have not required any with Unity for years.

Our preference would be that Unity simply adopts industry standard practice and allows platforms to host the engine as was the case before the change in Terms of Service. Failing that, Unity must grant Improbable sufficient legal basis to protect its existing customers, or be honest with the community about the situation.

We now hope Unity will seek to engage with us to solve this issue.