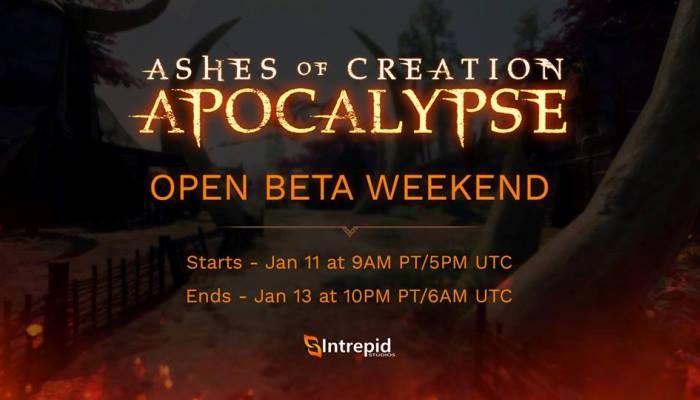 From January 11th at 9:00 am Pacific / 12:00 pm Eastern, Ashes of Creation: Apocalypse will be available to everyone during an open beta event. Open beta testing ends on January 13th at 10:00 pm Pacific / 1:00 am Eastern (January 14th). The team will be gathering data across a number of features including "login registration flow, download flow, connection to matches, performance of the servers, combat balance and solo / squad battle royale game modes".