G2A is Charging Inactive Accounts and Trying to Defend It.

Octagon7711 Member LegendaryPosts: 9,000
December 2018 in General Gaming
Video game key reselling service G2A has come under fire after a recent Reddit post outed the company for charging “inactivity fees” to its customers’ in-store wallets. Consumers who don’t log in to their G2A account for 180 days are charged a one euro fee that then recurs on a monthly basis until either the user logs in, or the account is drained of its entire balance.
https://gamerant.com/g2a-inactive-account-charge/ 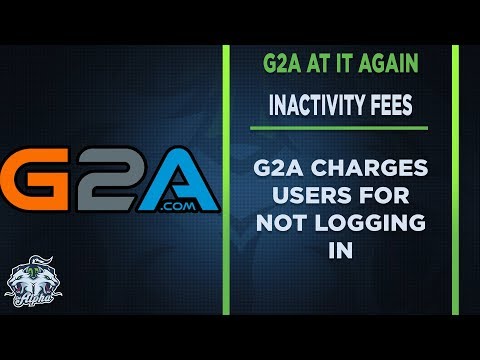