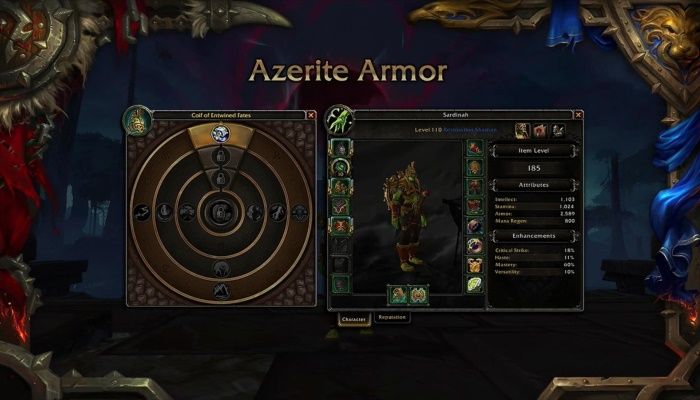 After a lengthy post on the World of Warcraft forums that collated player concerns about Battle for Azeroth gear (Azerite armor), Community Manager Josh "Lore" Allen wrote a lengthy rebuttal to each point. The original post cited several issues, albeit one or two rather hyperbolic, such as "Azerite - Worst Itemization in WoW's History", "Traits are Useless & Uninteresting", "Trait 'Farming'", "340 Traits Outperforming 385 Traits", "Reforging Costs" and "Power Swings".