TheScavenger Member EpicPosts: 3,321
September 2018 in World of Warcraft
Fact: It is in fact still very popular

Source: These shots taken inside the game itself just minutes ago on Tichondrius, not even peak time/day of play time. This is just one area of the game. Other areas of the game have people everywhere, but I do not feel like having a thread of every single area of multiple parts of that area makes for a good forum post. If this was an actual website article, I would put up a lot more screenshots of how crowded everywhere is. 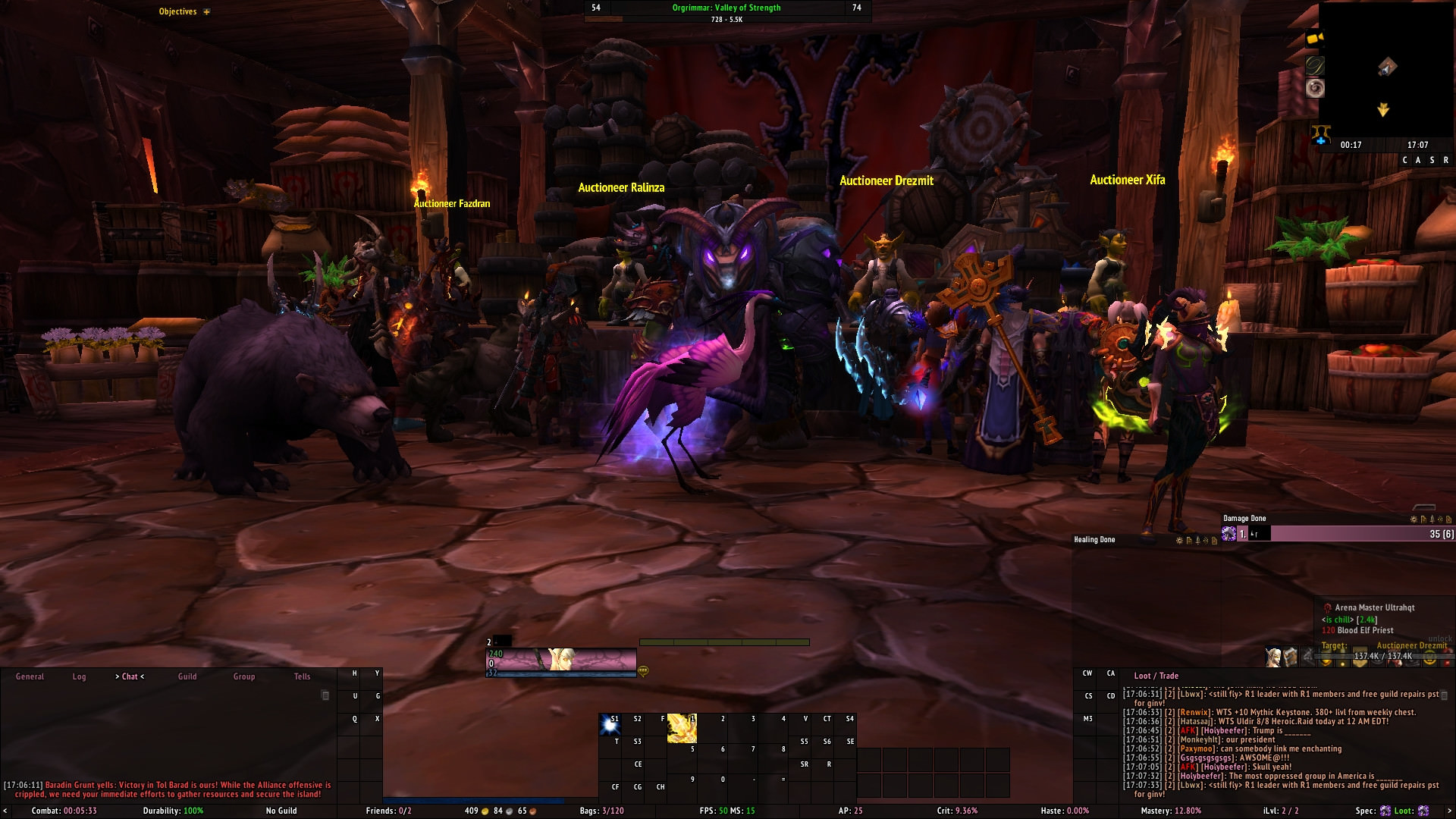 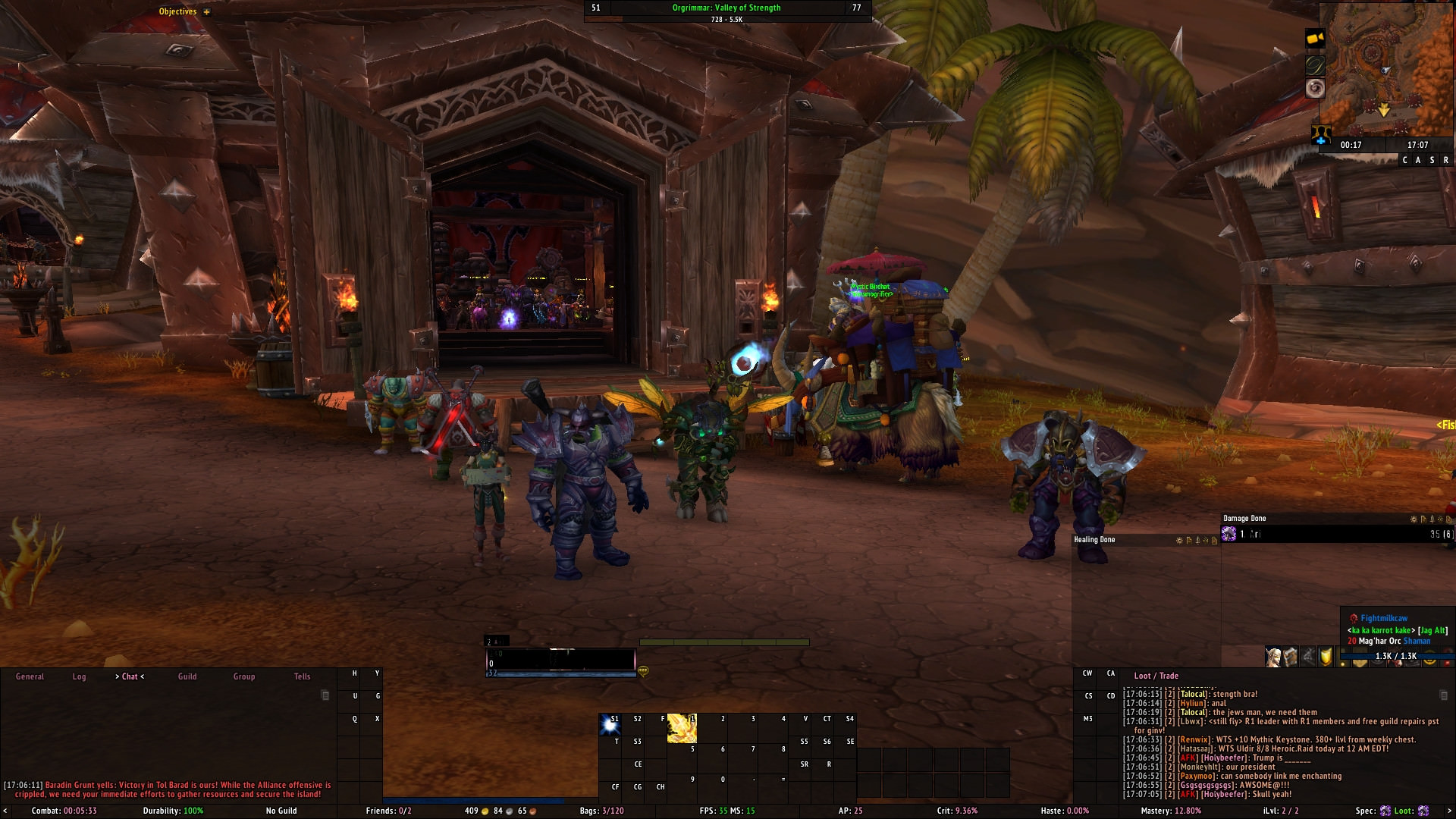 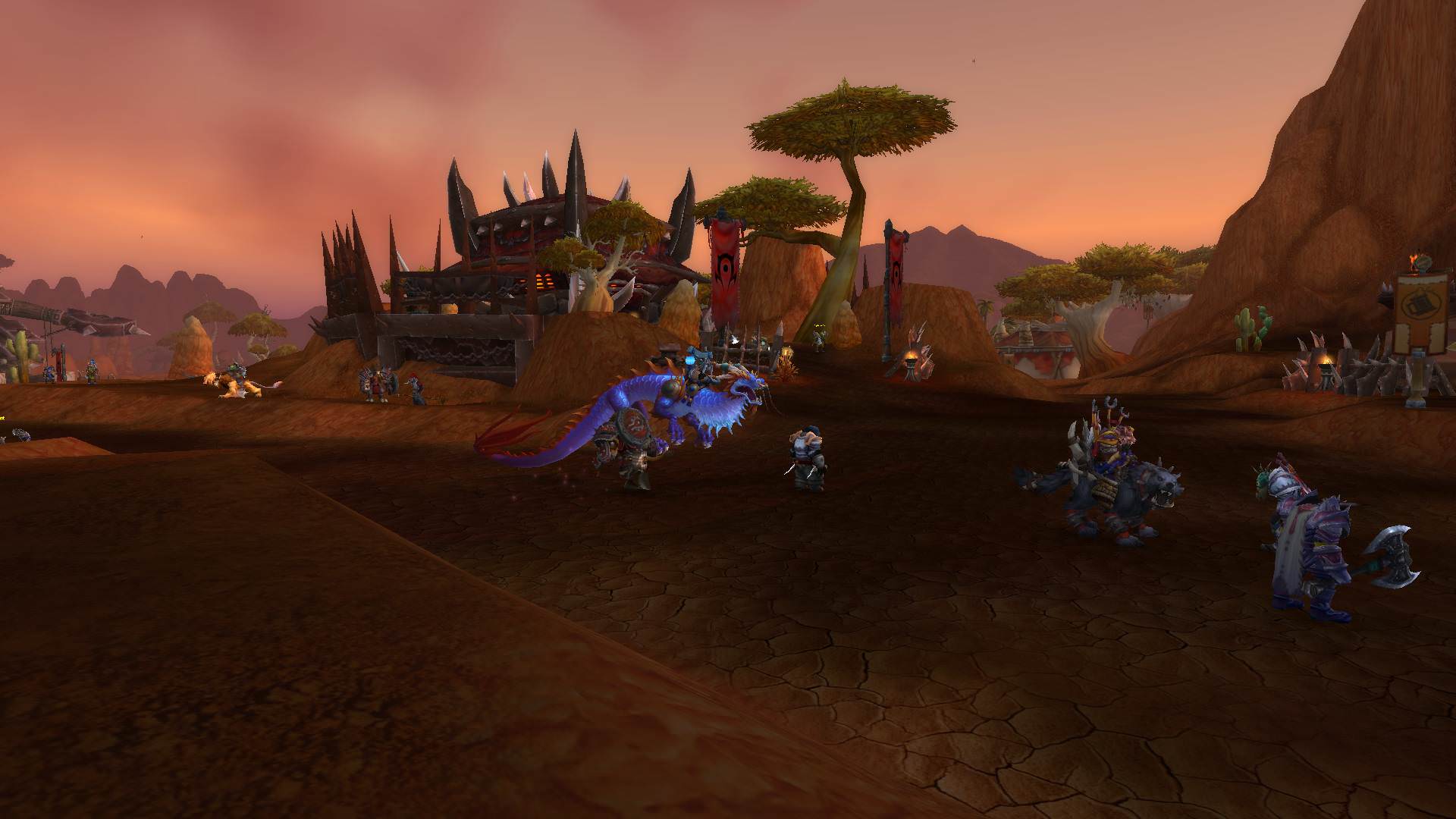 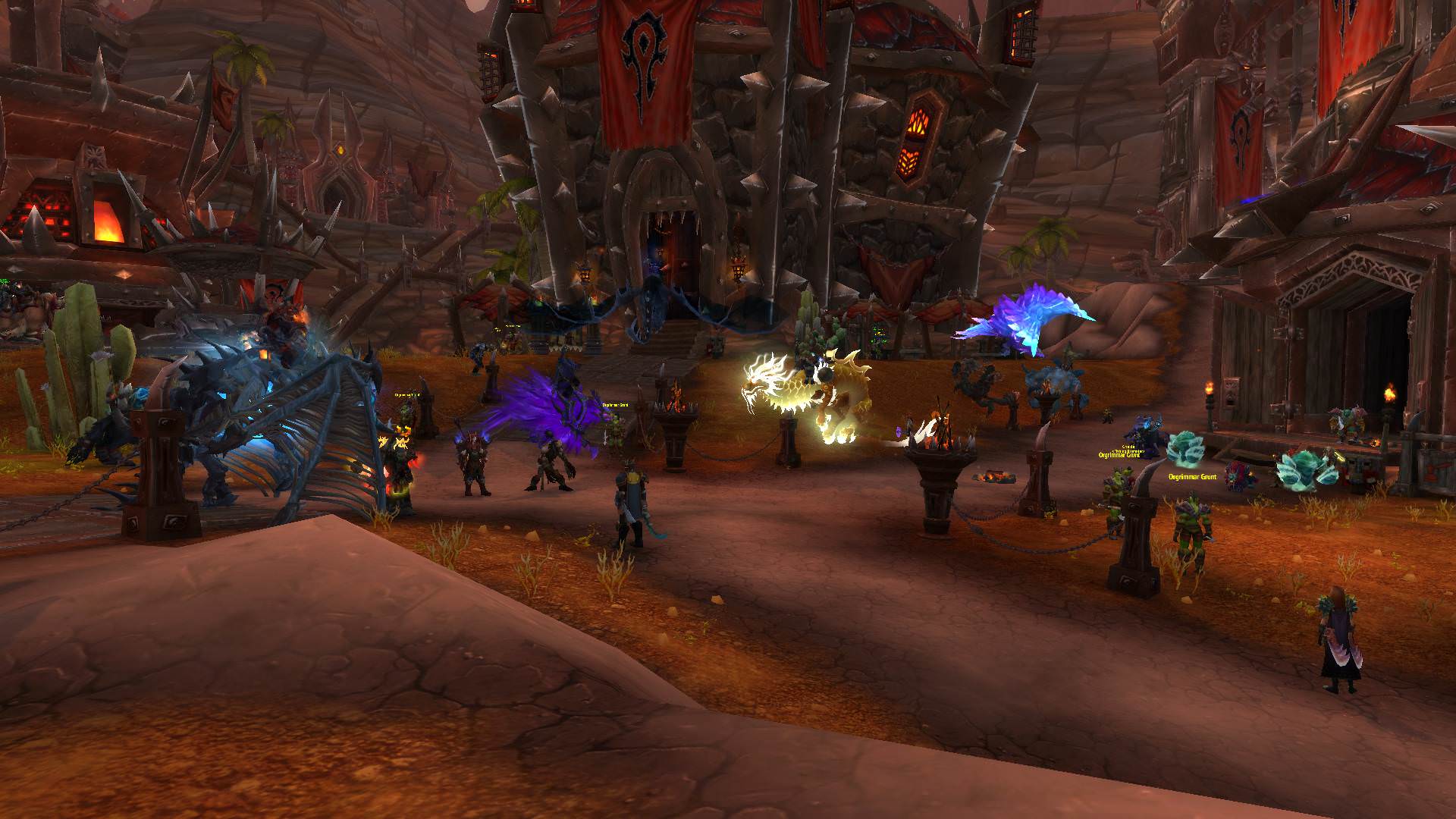 My Skyrim, Fallout 4, Starbound and WoW + other game mods at MODDB: