Caspien goes on epic rant about complaints regarding the recently concluded "event", and more...

I think the pressure is getting to him.

So, then this is where this forum thread devolves. It goes from being an on-topic conversation about where the announcemnt about Map Voting is, to some off-topic rant by long-time community members about how we never share information on our forums.

If you either don't believe that's the case, or don't want to join us in Discord, then only you are responsible. Because last I checked, we're the ones providing the information, and are free to do so wherever we feel like it.


I mean... does he stop to think that if "long-time community members" are complaining about their communication that maybe, just maybe he should really look at what they are saying?  Even if everything in his long ranting response is correct, the mere fact that he has long time, high-level donors frustrated should tell him he has a communication problem. 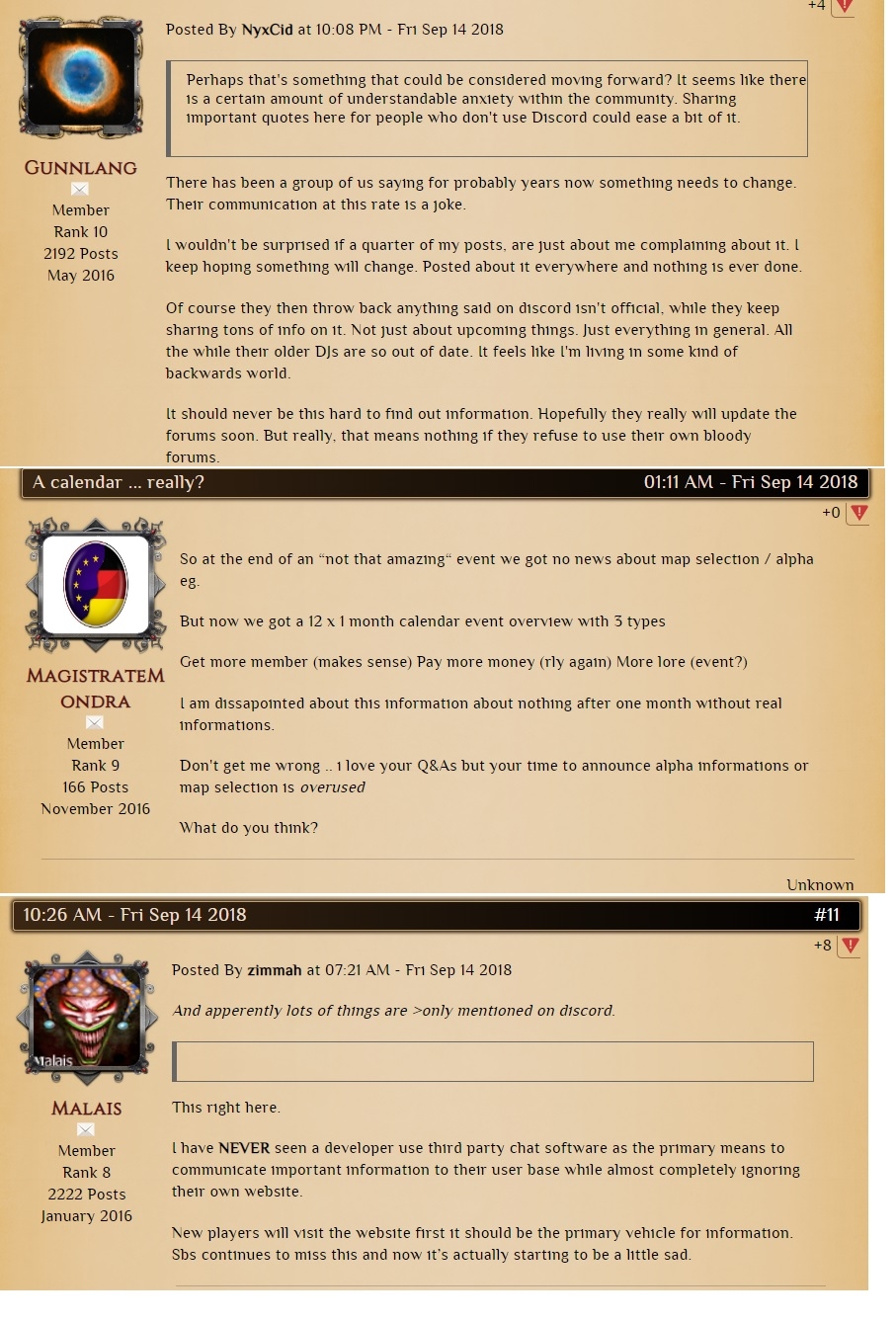 Starvault's reponse to criticism related to having a handful of players as the official "test" team for a supposed MMO: "We've just have another 10ish folk kind enough to voulenteer added tot the test team" (SIC) This explains much about the state of the game :-)

My ignore list finally has one occupant after 12 years. I am the strongest supporter of free speech on here, but free speech does not mean forced listening. Have fun my friend. Hope you find a new stalking target.