Elite Dangerous - inglorious end to the Gnosis project (FOR NOW) 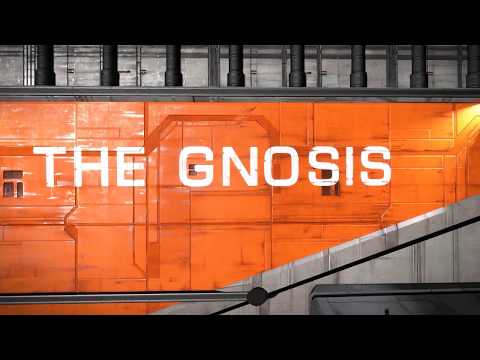 We’re stranded. The frame shift drive is out, multiple systems have failed. We’re not going anywhere for a while. When the Hydras hyperdicted us, we could barely keep the ship in one piece, let alone get ourselves further out to safety.

We’re surrounded. Hydras and Marauders taking potshots at the landing pads and anyone attempting to flee. AXI and other commanders fitted with appropriate weapons and defences are just managing to hold the Thargoids at bay, with other pilots appearing to have contracted space-madness being moved to random killing. Noone is safe, it’s like a warzone out there.

Under the guidance of Mathius Leander, the deck crews are advising those in less well defended ships to remain in the dock, while we reach out to everyone able to help play their part in keeping all our guests safe Those with limited assets may wish to seek escort out of the system. The Fuel Rats, Wing Atlantis, Op Ida, Medicorp, The Hive, Remlok Industries, 75th Ranger Regiment GC, The Gnosis Security Service (and several other bounty hunting groups), the Hutton Truckers and others from many more groups are doing great work in helping with this. The Cone Expedition Support Service are coordinating additional Repair and Recon teams. There are multiple media outlets planning coverage - details will be communicated via separate channels.

As we had our sensor array fully primed during the jump the huge power fluctuations we experienced as we were thrown out temporarily overloaded them causing unexpected effects in system, including with our IFF systems. Before the array fully packed in fully we were able to pick up signals similar to those known for Thargoid ground based points of interest. We urge those able and willing to escape the Gnosis to survey the surrounding areas as fast as possible. Planet 2A sticks out with two barnacle forests and a surface site already found, but there may be other areas of interest nearby.

With so many Hydras in the area, we believe our anti-xeno guests will have ample opportunity for study of the more forceful kind.

Although all of us are hugely disappointed not to make it into the Cone Sector, the tiny amount of data were were able to collect does show this area as of great interest. We must continue to stake out this apparent wall of Thargoids - thick enough to hyperdict a megaship.

Let’s make of this what we can - there's science to be had out there.

>>>>>>>>>>>>>>>>>>>>>>>>>>>>>>>>>>>>>>>>>>>>>>>>>>>
The many thousands of E:D players prepared to explore the (unreachable) Cone Sector suffered a set-back.
One that obviously was planned by the developers.  In addition to that, the event was plagued by some technical glitches too.
Some players are none to happy that the devs promoted the event, knowing fully well that they never intended to go through
with it. And being slaughtered by heavily armed alien ships is also not exactly lifting the spirits of dedicated explorer captains in lightly armed explorer ships.
Instead of reaching the mysterious sector docked in a huge jump ship (the Gnosis), the captains are being killed off one by one
as they try to undock. The Gnosis is under massive attack by the Thargoids (see video).
The Cone Sector will stay unreachable for now.
Have fun