6stack_Chris Member UncommonPosts: 116
July 2018 in Zy Universe
Sometimes you just want to stop and smell the roses while also checking out the scenery. Making a game such as Zy Universe is just as much about gameplay and functionality as it is about creating the awe inspiring areas. We want the players to feel as though they cannot get enough of the beautiful aesthetics of our zone, and furthermore to have that favorite spot on the map. The team has been working on making sure that the map space is as beautiful as possible while keeping things players would be expecting in a pvp game.
How has the Zy Universe team been focused on this? Well, this last week we brought on a new developer, Nick, who is our own personal level designer. Nick is working with Oksana and Eric on getting zones crafted and ensuring that the gameplay is as fluid as possible while also focusing on functionality for players as they traverse the huge map. The team wants to ensure that the map is as fun as possible without being frustrating to learn.
Being a platform game also gives us the ability to create unique and compelling zones that allow the player to run, jump and shoot their way to victory. The Zy Universe team is working to ensure players do not feel as though they are fighting the controls or the environment. We are always making adjustment and testing how things feel, and right now physics is one of our main focuses -Did some of you say our jumping needed work? We will release an update video of the new physics in the near future. Keep an eye out for that and let us know what you think!

Finally, here is an image of some of the new aesthetics created for the zones, as always, we look forward to hearing your feedback. 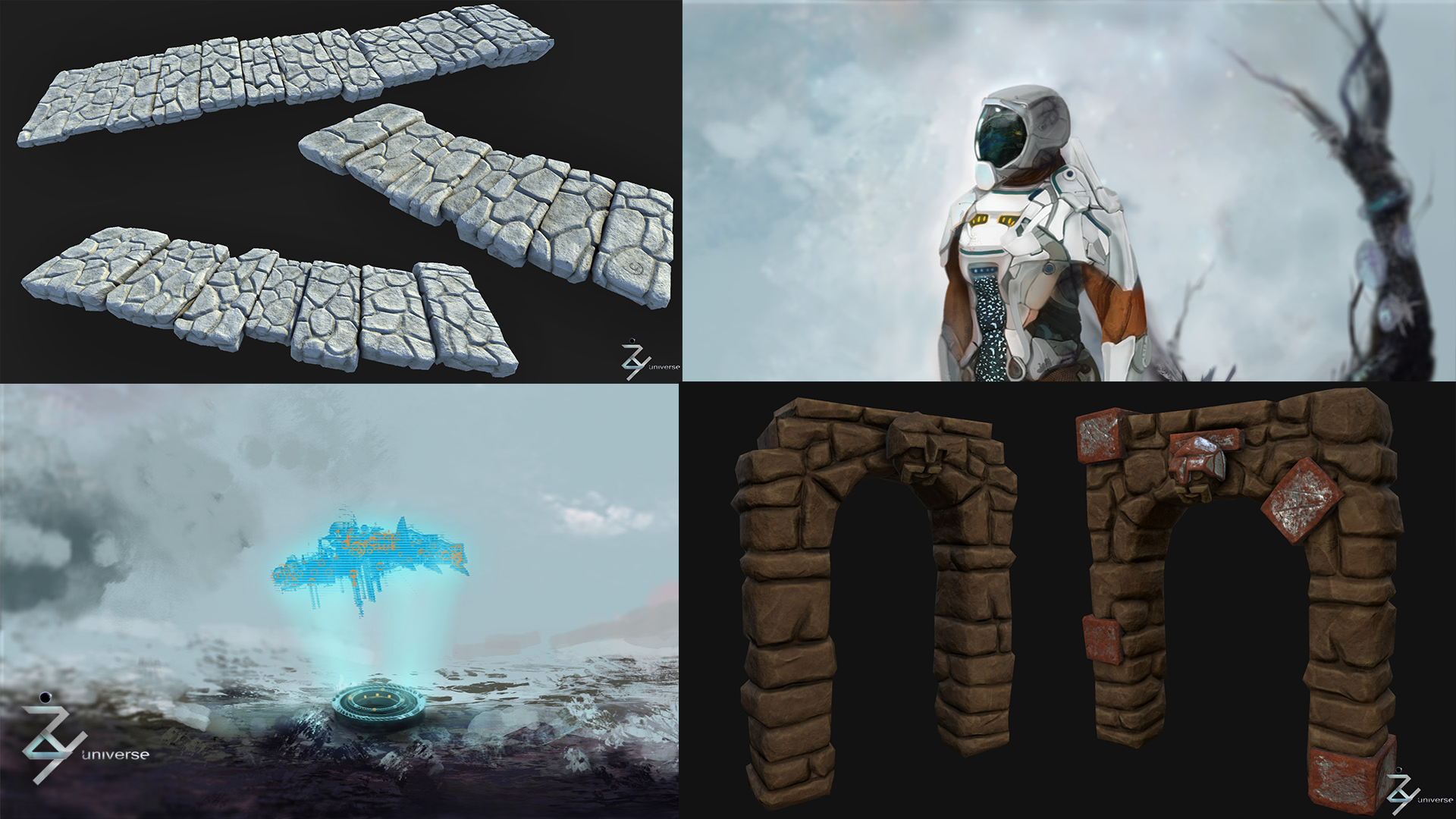