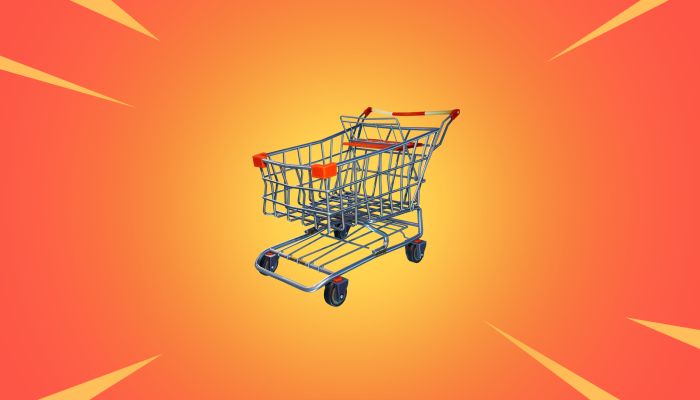 Fortnite News - When Fortnite is updated to v4.3, players will be able to roll into battle in a shopping cart, something that is sure to strike fear into the hearts of enemies. So load up a friend and head out to destroy your enemies with the awe-inspiring power of THE CART!