rpmcmurphy Member EpicPosts: 3,497
December 2017 edited December 2017 in Star Citizen
As voted by the majority of MassivelyOP's staff as well as their readers in a separate poll 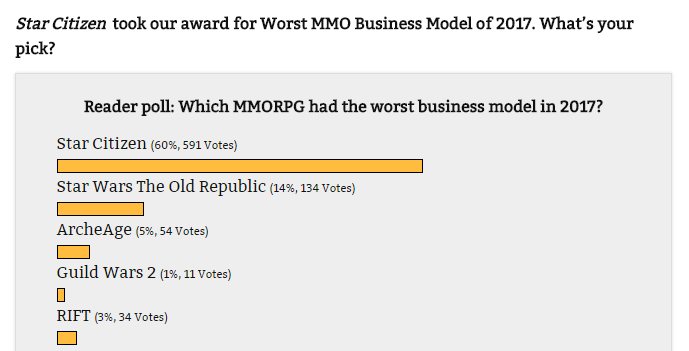 Stick that in the Guinness Book Of Records...