Guardians of Ember... better than I thought :)

I Need to comment on my latest experience on playing Guardians of Ember. At first, I must say that I am a big fan of Diablo 1, 2, particularly of Sacred 1 (incl. Underworld), my favorite, and Sacred 2 with regards to ARPGs with isometric view. Therefore, I was always looking Forward to some MMORPG, which would use similar optics, detailed world with a lot to explore and discover (see Sacred 1) and the addictive search for loot.
When MU Legend started the open beta Phase, I take a look at it, but it was far too typical exagerated asian Flair which I do not like, and so I turned back to Guardians of Ember. And there, although there is an asian Team behind it (which also produced Runes of Magic and Dragon's Prophet if I am not wrong), it Looks far more western style than the competitors. For example, You can Play humans, elves and dwarves (and a asian typical race as fourth playable race) with a quite complex character creator for individualization of appearance and select inbetween 6 different classes. The armors and weapons Look quite immersive and not too exagerated. And there is a huge diversity which I like. There is a two class System (you Need to reach Level 15 to activate the second class Option) with a lot of possibilities to select and improve your skills. I like also the detailed effects  of Magics and enchanted weapons. The world is also huge with a lot of dungeons and Caves to explore.
There is also a nice housing System and a variety of Mounts. It is pay 2 Play with a littel ingame shop, but without p2w items to buy.
It might be too slow for hardcore D3 or PoE Players, but I like that, as it is more (MMO)RPG than ARPG.


I think this games really diserve a lot more Attention than it actually has in the western countries, especially compared to other similar ones... 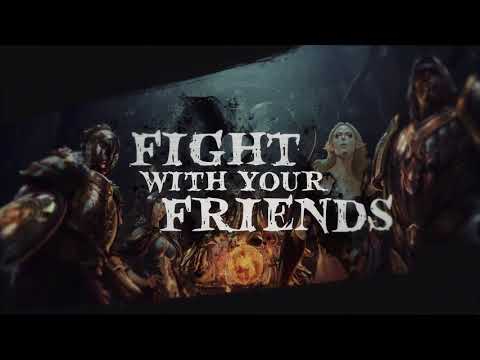 The game can also be played completely in German language.  so some Players of my home countries might also want to join