Dragnelus Member EpicPosts: 3,281
November 2017 in Star Wars: The Old Republic
Thought lemme check the server and the names I had before bringing the kids to school. 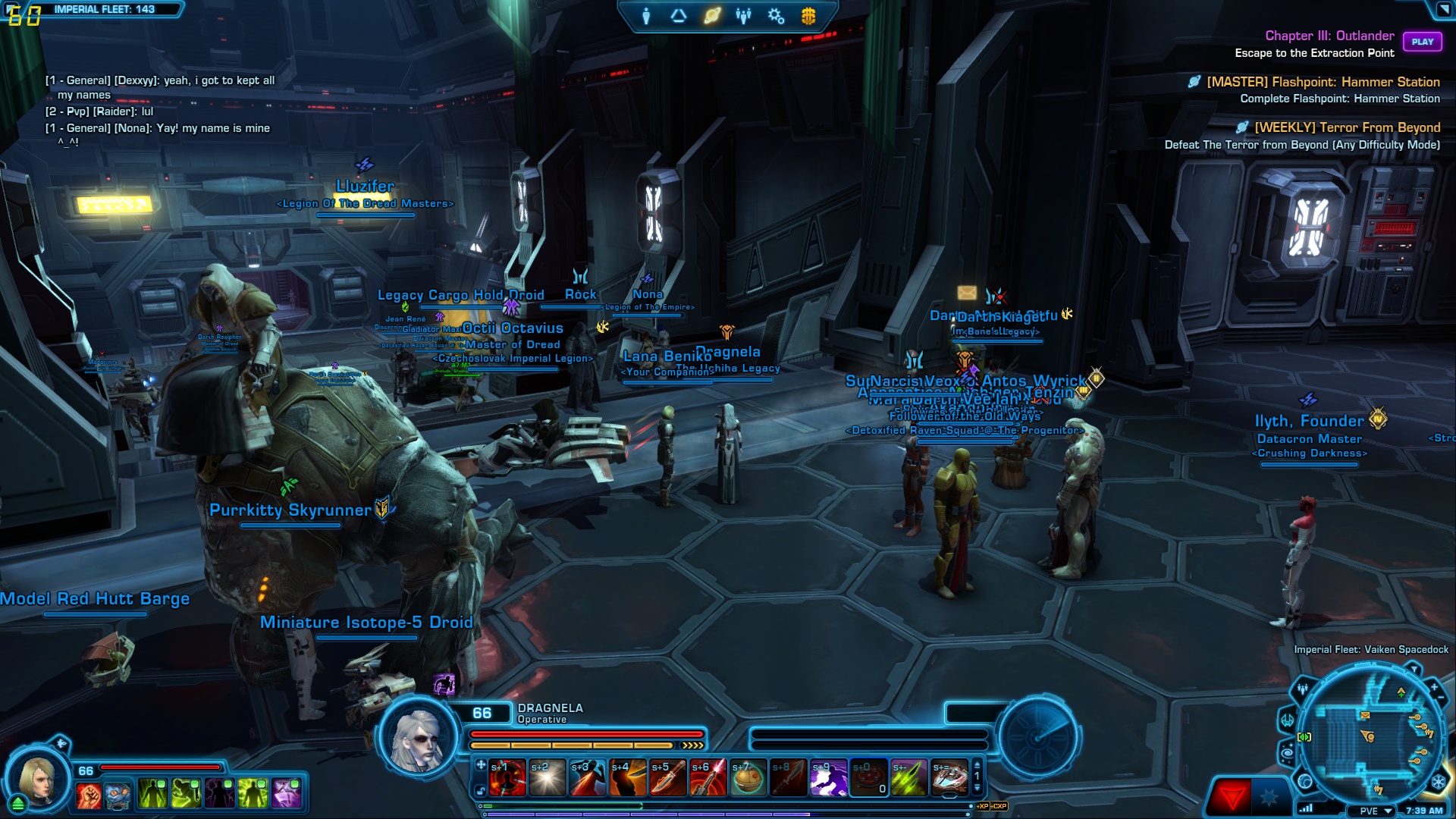 and this croud :P

On November 8th, 2017, the SWTOR servers will be merged into 5 new servers.

Why are the servers being merged?

There are not as many players actively playing as there were years ago. Players have requested server merges for years to help boost queue times for group activities and to make it easier for players to more easily find others to play with. The population of the servers had also become extremely unbalanced - some servers like the Harbinger and the Red Eclipse had extremely high populations, many others had "ok" populations, but there were a few servers including Jung Ma and Prophecy of the Five that had very few players logging in to play on them. Server merges will ensure that new and returning players won't accidentally wind up on "dead" servers, and should help queue times for those who enjoy group content including flashpoints, operations, PvP and GSF.