- Idris is finished, they're going over to the Javelin now

- Lots on work on Vanduul ships like the driller (2km long) or many other ships from them ("cool - surprising, big and small")

- Banu Merchantman is being worked on (whiteboxing)

- Moons looked better then in the 3.0 demo even when they were 100% done procedural

- Procedural space stations or outposts are a thing too

- Room system with atmosphere, pressure, oxygen, etc. is being worked on and will be able to manage the atmosphere in each room. so for example when a door is opened it will "suck" out the air from the room which will suck out the oxygen in the next room etc etc

- Work on the asteroid tech is ongoing and is looking awesome

- Is going to be "visually pleasing"

- Organic sounds are being worked on, that means that sounds are going to lay over each other and still sound naturally. For example you will never hear nothing. even in the current built you're able to hear about 9 sounds inside of a Starfarer no matter where you are, you just have to be quiet

- They are also working on the repair system. ai will be able to do this as well (players first, ai later)

- In game tutorials for different roles will be a thing

- Mission can, apparently be completed in stealth

- They' ll give players options to complete missions in multiple ways 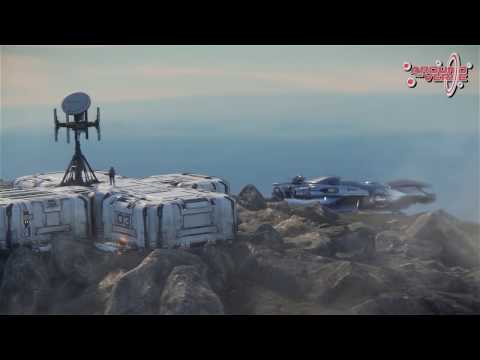