One of the most obvious things developers do when it’s time for Christmas, is implementing falling snow. It looks fairly nice and puts you in the mood for some Holiday cheer, but there is a major deal breaker. It almost never really changes the world. Those cute snowflakes fall on the usual green, brown and grey land, and then just disappear.

Black Desert Online is different. The Korean developer Pearl Abyss embraced the purpose of making a technologically advanced MMORPG, and the game has a dynamic weather system with rain that accumulates on the ground forming realistic puddles, and surfaces that turn wet when they’re rained on. With this year’s winter event, they have gone a step further.

Snow has been added to the weather system, and when it happens, snow actually accumulates on the ground, grass, buildings and other surfaces, even on player characters and NPCs. When it stops snowing, it gradually melts, leaving wet surfaces and puddles of water, which then evaporate.

What’s really impressive about it, is that snow actually changes how the world looks, and it does so dynamically, giving everything a fresh appearance. It’s extremely pleasant to the eyes, and crowns the attempt of adding seasonal variety to the game (which got red leaves in the fall and cherry blossoms in the spring already). 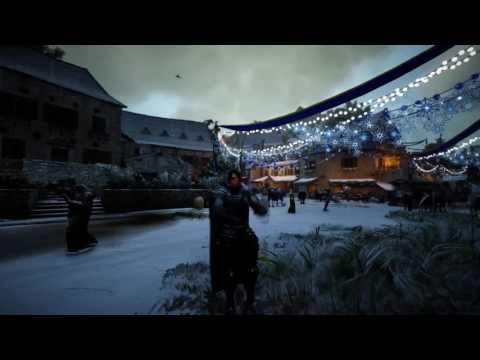 It also looks fantastic, as you can see in the videos at the bottom of the post. The first is a timelapse showing how snow changes the world from when it begins to when it stops. The second is a nice ride around the snowy world (including some transitions), to show you how it looks in different locations.

It almost feels like a pity that the system is going to go away when the winter event ends, and it’s certainly interesting to see so much work go into something that players will enjoy only for a few weeks. 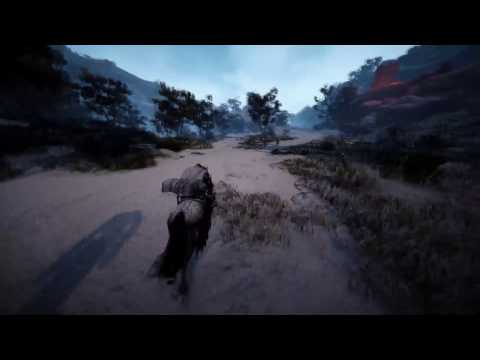 Of course, there is also the possibility that the system might be used in the upcoming elven land of Kamasilve, which will expand the game’s world further next year. The neighboring land of Drigan also seems to be quite snowy.

Personally, I’d love to see the system becoming a permanent feature in the game, at least in areas in which it’s appropriate.

One thing is for sure. Pearl Abyss has been schooling the stagnant (at least technology-wise) MMORPG industry on how you can create a MMORPG that doesn’t look like games released five years ago, and on the fact that implementing new graphical tech won’t suddenly cause the servers to collapse upon themselves.

With the announced partnership with Silicon Studio that promises to advance the game’s visual tech even further, I’m certainly curious to see just how far Black Desert Online will go.