Dark and Light will launch globally this year via Steam


Shanghai - August 1st, 2016 Chinese game developer and publisher Snail Games is making a major step forward in the PC gaming market with its latest sandbox MMO - Dark and Light, announced at the ChinaJoy 2016 expo in Shanghai. After more than ten years since development first began, the game has finally come onto the scene again this year.

One World, Twelve Years
Dark and Light first caught the public's eye back in 2004 with its impressive 40,000 square-kilometer world, the largest ever MMORPG map.

The original concept of Dark and Light was to provide a deep and realistic world simulation, complete with complex systems for each of the necessary parts of a real world - weather, landscape, wildlife, plants, even laws. All the systems were connected, meaning that a change in any one system would drastically affect all the others, however, these deep, interlacing systems lead to numerous difficulties during the game's early stages of development.

With the breakthrough of a new game engine in 2008, Snail Games refocused its efforts on Dark and Light, determined to see this phenomenal sandbox MMO concept all the way to completion. A teaser video of Dark and Light was released in 2012, showcasing the progress that had been made up to that point, but due to several factors, no further information about game was released after that teaser, leading fans to wonder whether the game would ever make it to release.

Change in Consistency
After nearly four years of silence, at ChinaJoy 2016, Snail Games unveiled that Dark and Light was alive and well. In fact, it was clear that the game had been largely improved since the last time it was shown, from the game engine to the game mechanics.
With the revolutionary UE4 engine, the difference between the current version of the game and its previous iteration is night and day. The game's lore and setup has also been significantly updated with multiple universes, three races, and a rivalry between the dark and light all setting a new tone for the game.

In addition to the improvements in visual fidelity and changes to the fictional game world, Dark and Light now boasts a more magical fantasy element with the inclusion of sorcerers and aliens, which tie into the central conflict of the game. Players will be able to explore a simulated world that not only feels real and believable but also feels imaginative and new.
Over the past 12 years, the enthusiasm of the developers at Snail Games to deliver an amazing virtual world with complete freedom has never wavered. With the continuing improvements to our game engine and the unremitting effort of our development team, the next phenomenal Sandbox MMO - Dark and Light will soon be launched in 2016. 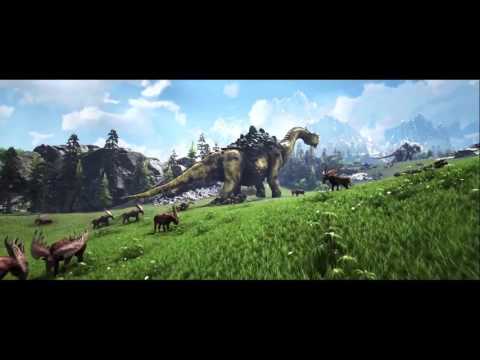