maji Member UncommonPosts: 2,091
July 2016 in The Pub at MMORPG.COM
I was a bit surprised to notice, that Otherland doesn't have a section here in the forums. After all it's a playable recent (early access) MMORPG.

A trailer for the early access version can be found here: 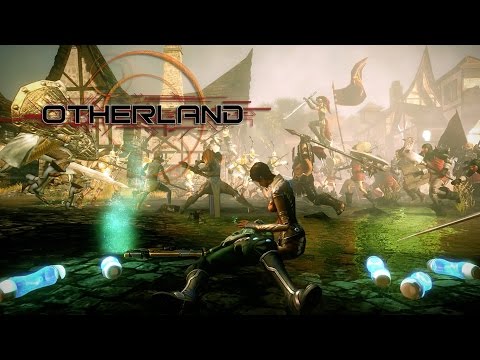 So far, my impression is mixed.

I've played it once the early access started, but haven't touched it for about 9 months or so. In the meantime, a lot of things can have changed obviously, so stuff I write is the version I played close to a year ago.

What I disliked:
- Quite generic in a number of ways.
- The combat seems somewhat static. A lot of abilities requite you to stop walking or stand still.
- Some parts of the game seem to have been about a great idea that hasn't been followed through entirely. Like, the bug world is described in the book as of gigantic proportions. That you can basically ride on a leaf and animals and everything are just gigantic. In the game, there are some mobs that look slightly larger, so you can recognize the world (apart from it being called that way in the quest descriptions and having the fitting characters), but I'd have expected there more.
- Lack of tutorials, popups and so on. This is mostly due to the early access part though, and maybe, since I played it, things have improved.
- First one company started developing the game, then the current one picked the game up and continued. It seems to me that companies buying the rights and tech of such games seem to be interested in mostly finishing the game asap in a half-assed way to make some quick money.

Neutral:
- Well, it's not an AAA MMORPG. That doesn't mean that it can't be fun. In some ways though, it seems that the funds are lacking to have it be really awesome in matters of design and graphics and effort in general.
-

Good:
- Based on the Otherland novel series by Tad Williams, which fits perfectly for an MMORPG.
- Graphics and audio is decent (albeit not awesome).
- Finally a MMORPG that is not yet again another anime-style or fantasy-nonsense.
- Game seems to be still have a dedicated developer team. The last larger update was in late June, adding, among other stuff, over 600 crafting recipes.
- The crafting stuff seems like it could be promising. You can somehow collect DNA or something from monsters you kill and then clone them to guard your housing zone, or something like that. Last time I played, that didn't really seem to work yet, but maybe by now it does.
- No 500$ founder packs nonsense. I really hate stuff like that. The early access costs close to 20 euro in the steam store, which seems acceptable.

So, the user reviews on Steam are mixed. My personal experience when the early access launched was mixed (few crashes, some lag but bearable, majore gripes a lack of tutorials and tooltips).

Is anybody here really playing it?