A history of Star Marine - The FPS shooter component of Star Citizens.

Chris Roberts debuts promising footage of the upcoming FPS shooter component of Star Citizen to a rapturous audience. Later in the presentation, he introduces Illfonic, the contractor developing the game.

Chris Roberts shows improvements made in the last quarter to the FPS component. He explains that the FPS will release in “3 weeks time”, as soon as they finish transition animations and finish modeling trickier elements like Zero-G combat. He then states that CIG’s goal is to have “the best playable soldiers on the simulated battlefield“.

Not long thereafter, he introduces the in-game fiction name of their combat module, “Star Marine”, apparently unaware that the trademark has already been registered by another party for use in video game and film properties.

In an interview with RedBull.com, Chris Roberts says of his FPS ambitions that “Star Citizen has to be as good or better than anything out there.” He later speaks of his plans to add a procedural system for destructible environments, to improve upon Battlefield 4’s scripted events.

Seizing on either ill-chosen or confessional disclosures in the latest “Letter from the Chairman“, Polygon reports:

“Chris Roberts’ Star Citizen, the spiritual successor to the Wing Commander series and unprecedented crowdfunding success, has encountered serious technical and gameplay issues that will indefinitely delay one of the game’s key modules, a first-person shooter called Star Marine.“

This is a well-made, fan-generated overview of the game from July of 2015. Note that there is no speculation here; the fan has simply condensed material (video, lore, weapons, interfaces and gameplay info) that had been previously disseminated by CIG since they debuted FPS gameplay at PAX Australia in November of 2014. 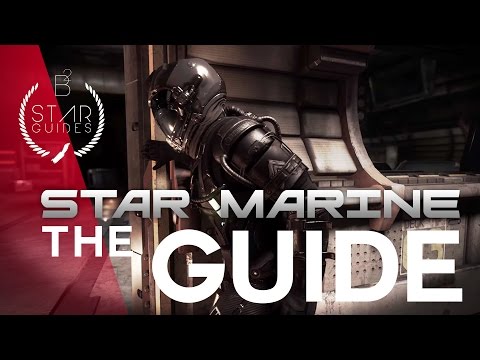 “Just to show you basically its not cancelled, that its in development, it exists… We’re hoping to have that to you guys before CitizenCon.“

Later in the presentation, Chris Roberts states that Star Marine v1: The Battle for Gold Horizon will be available at the end of September 2015.

This was the last build of Illfonic’s now-scrapped game that they showed at a Citizen event. Janky though the player animations were, it appeared to have more weapons (including grenades and an electric shotgun) that have since vanished.

Curiously, there was a much-derided, hype teaser for Star Marine right before CitizenCon 2015. The chilly reception of fans (and open mockery of critics) prompted CIG to table discussion of “Star Marine” at the show.

"It's pretty simple, really. If your only intention in posting about a particular game or topic is to be negative, then yes, you should probably move on. Voicing a negative opinion is fine, continually doing so on the same game is basically just trolling."
- Michael Bitton
Community Manager, MMORPG.com

"As an online discussion about Star Citizen grows longer, the probability of a comparison involving Derek Smart approaches 1" - MrSnuffles's law

"I am jumping in here a bit without knowing exactly what you all or talking about."
- SEANMCAD