FFXIV Producer and Director Yoshi-P here to wish all of you a Happy New Year!
On behalf of myself and the entire team, I'd like to thank you all for your continued support.

Last year saw the release of FFXIV’s first expansion, which was something we wanted to do since the early days of 1.0. The launch of Heavensward made me feel like we are now on the right track, nearly five years later.

We announced the development of Heavensward at the Fan Festivals to end 2014 with a bang, and we traveled around last year to build momentum for its release, from the Nico Nico Chokaigi, all the way to a castle in Nantes, France. We also held exciting events in the months following at E3 in the United States, China Joy in China, Japan Expo in France, gamescom in Germany, the Tokyo Game Show, and finally G-Star in South Korea.

Looking back on 2015, and how I was able to meet all of you from around the world, I must say it was a very fulfilling year.

As I mentioned previously, we expect to hold our second round of Fan Festivals starting from October 2016 and moving into 2017. I can’t wait to interact with you guys again on this worldwide tour! We are already planning lots of exciting announcements, events, and attractions, so please wait for more details for joining in the fun.

We will kick off 2016 moving towards the finale of our Heavensward storyline with Patch 3.2. The development team is still working hard for its release in February, but I’ll give you this sneak peek of a new feature for the new year: 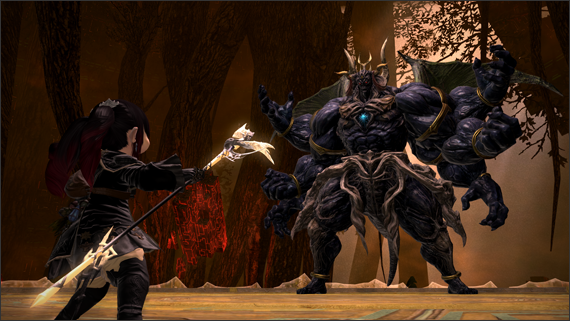 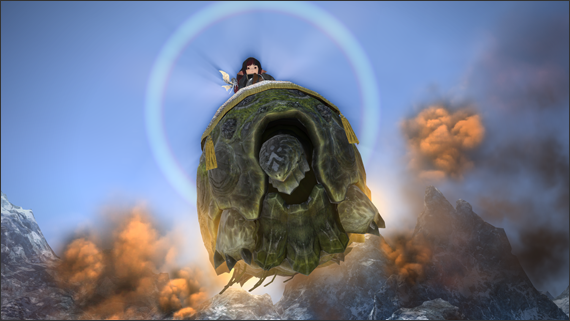 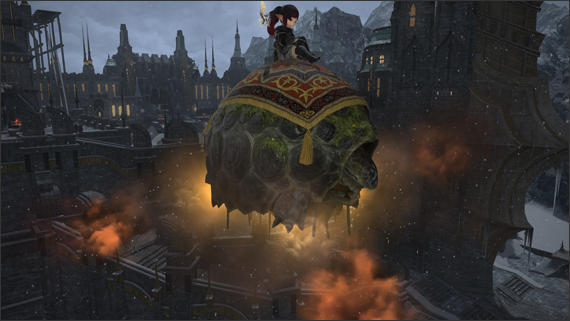 Now what could this possibly be? I guess you will have to find out in the upcoming announcements!

And, as per tradition with my New Year’s greeting, I would also like to share this with you… 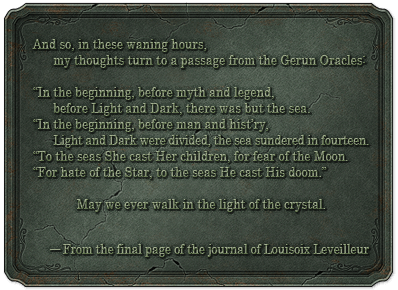 We discovered this passage on the final page of the diary of the late Archon Louisoix, savior of many during the Calamity, and grandfather to Alphinaud and Alisae. It seems he felt there was a need to translate and preserve these lines. But what are the Gerun Oracles which he refers to?

Could they be connected to the fate of Eorzea!?

Let us find the answer together this year! 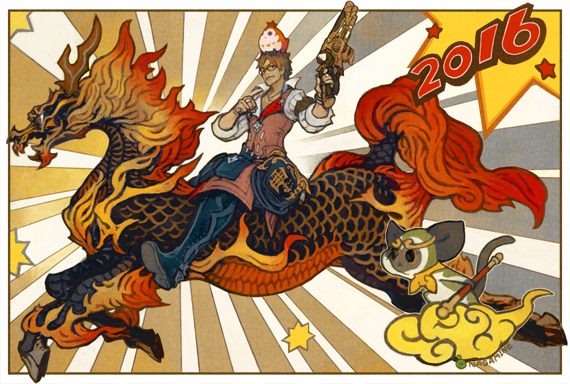